We are open for business, come join us! 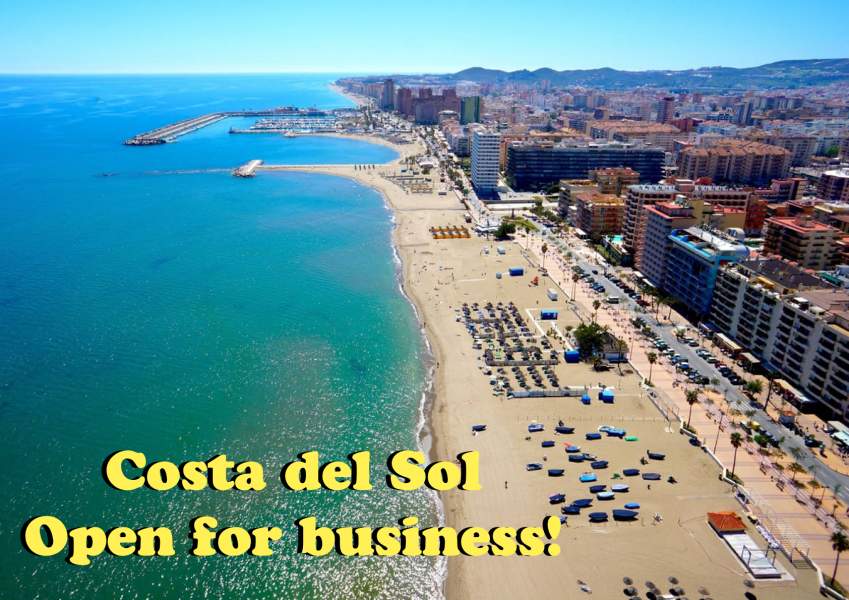 As a full time entertainer, (well full time before covid-19), I am pretty well placed to see what’s going on behind the façade of the leisure industry on the Costa del Sol where I have made my home for the past 13 years

I also am in a good position to see what’s actually going on with the return (or not), of the tourists on the Costas.

Over the past few months there have been drastic changes in the entertainment industry on the Costa del Sol and around the world.

Mainly on the smaller stages, the local pubs, clubs and restaurants have all but stopped the live entertainment which was the biggest draw for most of the venues, (when so many restaurants, bars etc. are available to the general public there has to be something more to draw in the clients), and in doing so have all but consigned the entertainers to the past.

That was my feeling just a couple of weeks ago, when (for the first time in 30 years), I had to take on a ‘proper’ job! To pay the bills.

However I have to say that the gigs are slowly starting to come back, and so are the tourists.

I live just across the road from Puerto Banus Marbella and for the first time this year just a couple of days ago there were traffic jams going into and out of the port, (a wonderful sight if I am honest), Just in the last week I was lucky enough to have a show up in Mojacar, where, (although a little quieter than normal for this time of year), the spotless beaches were comparatively busy, (with social distancing), and the gig that I did on the Wednesday evening was a full house (terraces are at 100% with social distancing in Mojacar), and a great night was had by all.

Just last night I was entertaining at the opening of a revamped restaurant in Puerto Banus, again it was very well attended and, (although I will say dancing took place!  Oh dear!!),  it was a brilliant night, which made me think we might actually be on our way out of the lockdown properly, and heading for whatever the ‘new normal’ actually is.

There have been some awful casualties during this time of lockdown in the leisure industry, several large hotels have been forced to close, including one of the largest names on the Costa del Sol, The Don Carlos Hotel has gone, numerous bars and restaurants are now closed for good, or are awaiting purchase to re-open in the future.

I have seen friends, and collogues who have battled so hard here to stay, but unfortunately have had to pack up and go back to the UK, where at least they will get help to live, and a roof over their heads, which for the self-employed here in Spain has been extremely hit and miss, There are those who have had the payouts, and help, however I personally along with others I know have received zero in any form of welfare or help from the Spanish government, regardless of the fact that personally I have paid into the system for 13 years!

There are more I’m sure who will still not make it, there will be those who have to pack up and close their businesses and either find alternatives, or go back to their countries of birth where they might be better off.

I am a bit more optimistic now though, the gigs are starting to trickle in, the diary is slowly filling up for the later part of the year, and I have definitely seen an upturn in the fortunes of the venues that I’ve been in touch with or have been lucky enough to gig at over the last few weeks.

They are all saying the same thing: “It is slow, it is hard, but we will be up to full steam ahead in the next couple of months”, Glass half full.

The only thing now that will destroy the industry in Spain is if the Costas go back into lockdown,  If that were to happen in my opinion, it would be almost impossible for the leisure industry to recover. Glass half empty.

And when you consider that the leisure industry is where a huge percentage of the income for the country comes from, the outlook would be bleak to say the least.

So at least for now the optimism in the industry is high, our beaches are the cleanest and most beautiful they have been for years, the sea is crystal clear, the sun is scorching down, the golf clubs are open for business, the hotels and venues that are still here, are open for business, and the entertainers are starting to get you dancing, (albeit in your seats for now), so whats stopping you? Get that trip booked and when you get here I will join you for a sangria!