FROM CONSPIRACY TO COVER-UP: Chinese Scientist`s from Wuhan Defect to the West- Are We Ready For The Truth? 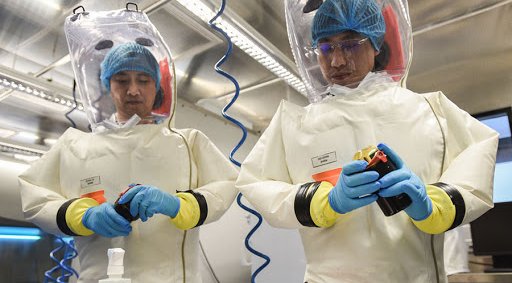 SCIENTISTS from the Wuhan laboratory close to the original coronavirus outbreak have been smuggled out and defected to the west.

Will the truth prevail?

Originally the disease, which has now killed more than half a million and triggered multiple lockdowns across the world, was believed to have originated at a Wuhan live animal market in China. However, China’s Centre for Disease Control and Prevention recently admitted it likely originated elsewhere and the market was merely a major point of spread, the WHO (World Health Organisation) is presently in China working with officials to determine the source of the outbreak- without any funding from the US after Donald Trump decided they, the WHO, handled the outbreak very badly and he didn’t why America should pay such a large amount (€700M)- ten times more than China!

Conspiracy theories abound, the whole world has for months accused China of hiding the truth behind the origin of the virus, China has likewise pointed the finger at Spain, citing the bubonic plague, the Spanish Flu, as an example (although it was reported in Kansas US first).

There have been Chinese whistle-blower scientists, never to be seen again, records of a cover-up secretly appearing on desks in the US, and, more recently, the mysterious murders in the US of two Chinese students who were allegedly ready to reveal the truth to the world.

A Harvard professor was recently arrested on suspicion of helping the Chinese develop pathogens, he was allegedly paid handsomely for his services and had been flown to Wuhan last year to set up the doomed lab.

SCIENTISTS from the Wuhan laboratory have defected to the west, according to Steve Bannon, formerly Donald Trump’s White House chief strategist.

Mr. Bannon has sensationally claimed “defectors” from the nearby Wuhan Institute of Virology were now cooperating with western intelligence services- although this has not been proven to be true, after all, it is classified information!

He commented: “I know that certain defectors are working with the FBI here to try to knit together what happened.

“They are not talking to the media yet, but there are people out of the Wuhan lab and other labs that have come to the West and are turning over evidence of the culpability of the Chinese Communist Party. I think people are going to be shocked.

“People around these labs have been leaving China and Hong Kong since mid-February. [US intelligence] along with MI5 and MI6 are trying to build a very thorough legal case, which may take a long time. It’s not like James Bond.”

So they are building a legal case, do you think that would be the end of it? i don’t think so, the whole world has suffered enormously since early this year when the global pandemic kicked in- trillions have been lost, industries, businesses, and most importantly LIVES have been decimated by what Donald Trump calls the ” Kung Flu”.

The focus now lies in extrapolating every bit of evidence from the defectors, then verifying it.

If it turns out to be true that the virus started in China and was covered up then who knows what the consequences will be for America`s nemesis- China, the Red Dragon, let’s pray this is not the start of World War 3.  TW