Priti Patel: Foreign criminals will be Banned from Entering the UK under New Immigration Laws 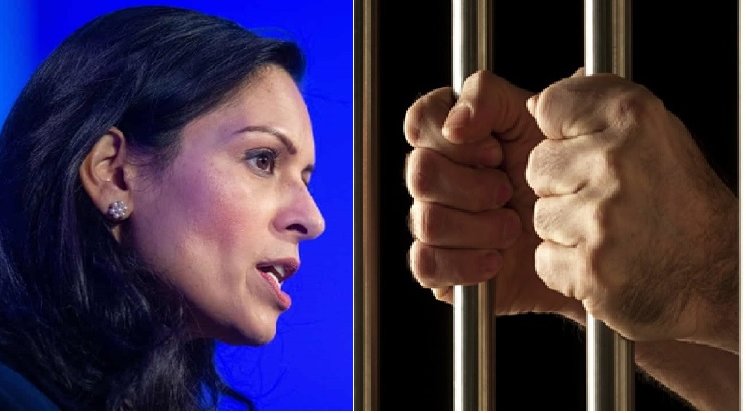 THE Home Secretary, Priti Patel, is set to announce a ban on foreign criminals sentenced to more than a year in jail from entering Britain.

Ms Patel will today reveal details on just how the UK’s points-based immigration system will operate after freedom of movement ends. Ministers will be given powers to exclude or deport foreign criminals who have received prison sentences of more than a year.

Britain is “ready to welcome the best and the brightest global talent,” she said, as she prepares to unveil more details of her proposed post-Brexit immigration plan. The new system is set to come into force on New Year’s Day, immediately ending freedom of movement with the EU.

The government plans to bring in a “points-based” immigration system that would reward high-skilled workers. However, Labour said it could cause “major problems” for the NHS and the care sector. Under the government’s plan, those wishing to live and work in the UK must gain 70 points, the points would be awarded for criteria such as having a job offer, holding a PhD relevant to the job, speaking English, and possible salaries of more than (€24,500) £22,000.

She went on to explain that those with job offers in “shortage occupations” such as nursing and civil engineering would also be able to earn extra points. The government will also introduce a health and care visa for health sector workers coming to the UK, while international students will be able to stay in the country for a minimum of two years after finishing their studies.

Ms Patel said: “The British people voted to take back control of our borders and introduce a new points-based immigration system.

“Now we have left the EU, we are free to unleash this country’s full potential and implement the changes we need to restore trust in the immigration system and deliver a new fairer, firmer, skills-led system from January 1, 2021.”