We should not only be fighting the virus, but also virus-spawned hate 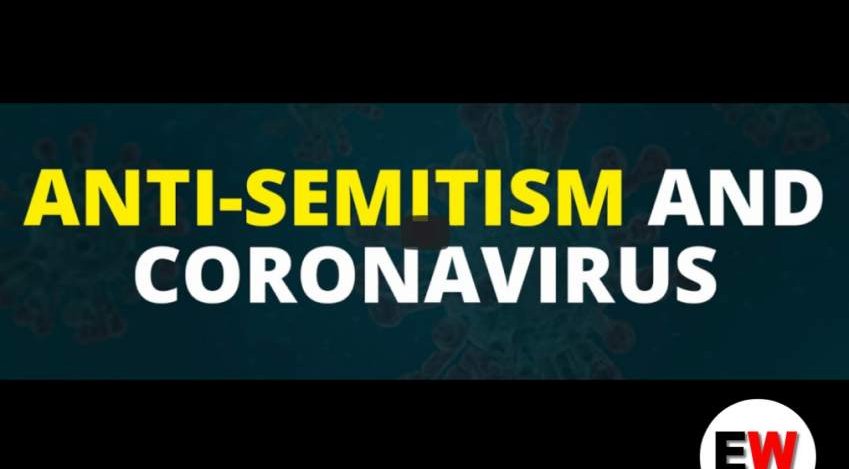 Jonathan Harounoff wrote in the Jewish News Syndicate that Covid-19 may be novel, but the anti-Semitism and xenophobia that have spiked during this pandemic are anything but. History has shown that outbreaks, especially of diseases that are poorly understood or have just been discovered, can lead to fear and hatred towards specific groups.

MANY were quick to point to the world’s inadequate preparedness to tackle a virus of such a debilitating magnitude, despite warnings such as Bill Gates’ 2015 Ted talk and the Centre for Disease Control’s 2018 prediction that tens of millions could die in the next pandemic. Less discussed, however, is how grossly unprepared we were for the virus-spawned hate and scapegoating that time and again have accompanied such outbreaks.

Anti-Semitism has reared its ugly head in exceptionally explicit ways during the pandemic. Some are even labelling this phenomenon “coronasemitism.” The world saw an 18 per cent rise in major anti-Semitic attacks worldwide in 2019, as well as a new iteration of that millennia-old hatred in the form of coronavirus-related anti-Semitism, according to a report published in April by the Kantor Centre for the Study of Contemporary European Jewry at Tel Aviv University.

But disease-induced anti-Semitism can be traced back to the Middle Ages, when Jews were persecuted after being accused of spreading the bubonic plague in what later came to be known as the Black Death. One hundred and fifty years later, Jewish émigrés were blamed for the spread of syphilis in Europe.

A recent survey carried out by psychologists at Oxford University found that 20 per cent of Brits believed that Jews had created the novel coronavirus in order to destabilise the world for financial gain. In Germany, protestors wore yellow stars on their clothing while protesting government-mandated public health restrictions, drawing parallels between laws requiring German citizens to wear face masks and the symbols that identified Jewish people during the Holocaust. In March, an FBI report warned that white supremacist groups across the United States were calling on members to spread the virus to Jews, “if contracted, through bodily fluids and personal interactions.” And in Iran, a member of parliament said that he considered “the coronavirus outbreak a type of biological attack from America and the Zionist regime.”

Jews are hardly the only targets of virus-related slurs. Following a spate of racially motivated attacks on Asian Americans across the United States, the National Council of Asian Pacific Americans, the Anti-Defamation League and 258 other organisations penned a letter in mid-March to House Speaker Nancy Pelosi and House Minority Leader Kevin McCarthy, urging them to “publicly denounce the increase in racist attacks and discrimination against the Asian American community” and “take tangible steps to counter the hysteria around the novel coronavirus, such as passing a joint resolution denouncing the racism, xenophobia, and misinformation surrounding it.”

The past half century is replete with virus-induced assaults on racial, religious and national groups. Haitians were accused of spreadingHIV/Aids in the early 1980s, Mexicans were singled-out during the H1N1 swine flu outbreak in 2009, and in the 2014 Ebola outbreak, Africans and those of African descent were stigmatised worldwide.

Governments and businesses worldwide will, no doubt, be thinking about ways they can be better prepared for future outbreaks, whether that be through stricter health protocols, pandemic-resilient financial planning or better supply chain management. Another key consideration must be how governments, businesses and individuals better prepare for the scapegoating that is just as infectious and virulent as the diseases that facilitate its spread.

Businesses also play a critical role. Their size and access to capital enable them to counter hate through various channels. Internally, ahead of future public health emergencies they can educate their employees by hiring professionals to lead seminars and working groups. Human resources departments can develop zero-tolerance policies and training geared towards eliminating specific acts of discrimination. Externally, companies can direct their corporate philanthropy and social media efforts towards charities whose missions involve addressing xenophobia or racism. Firms can match employee giving directed towards such organisations, and can leverage their marketing platforms to denounce such fear and hatred and draw attention to their charitable partners.

Most importantly, individuals must learn more about discrimination instigated by disease and take advantage of their roles as consumers and voters to keep governments and businesses in check. We must all hold each other accountable to stem the spread of hate.