The 6k Any Way cancer charity fundraiser: Arboleas locals rise to the challenge 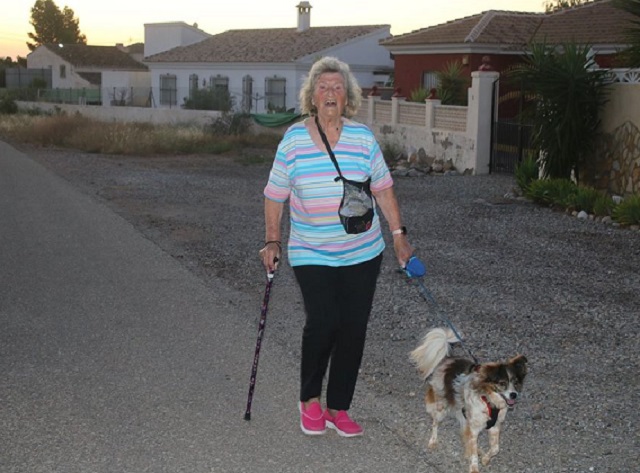 STEPPING OUT: Eighty-four year-old Jean Bye did a three-kilometre walk early in the morning to avoid the heat. CREDIT: Walk for Life Arboleas

THE pandemic prevented the annual Walk for Life Arboleas from going ahead this year, but it didn’t stop local people from rising to the challenge of doing their bit to support the cancer organisation.
Walk for Life Arboleas is a registered charity that helps people affected by cancer and in financial need, of all ages and nationalities within a 25-kilometre radius of the locality.
The charity raises money through donations and events, the main one being the annual six or three-kilometre walk around Arboleas.
Covid-19 meant the 2020 walk could not go ahead, but instead there was the 6k Any Way Challenge. People could walk, run, swim, do it on a treadmill or cycle the distance without gathering in groups.
Stuart Copeland was one of the people who walked the six-kilometre route, doing it on his own in just under an hour. Ceri Norman walked it with her husband.
Arboleas Town Hall staff, including the Mayor and Local Police officers, also walked the six kilometres, as did Ovie Ojiri and his gym members in just under an hour.


‘Paul the Pool’, his wife Anna Bedford and their daughters Imogen and Alannah did six kilometres a day over six days, doing the Walk for Life route on the last day.
Melanie Rayner ran it in 38 minutes.
Mick and Jane Thomas completed their six-kilometre walk in stages, Angela and Phil Kendal did theirs in in their local rambla and Nigel Bradder did 12 kilometres on his Elliptigo.

The El Rincon Pub Crawl went from El Rincon through citrus groves and across the Rambla to La Perla, visiting Bar Andaluz, Bar El Caril and Dora’s Bar in La Cinta, before walking back to El Rincon and Bar Castillo to celebrate completing their six-kilometre walk.
Then there was Carrie Ann Earl, who completed six kilometres a day on her treadmill ‘on horseback’.

All these sterling efforts have raised at least €4,500 Walk for Life Arboleas says, although the final amount is not yet confirmed.
For updates see the website walk4lifearboleas.com