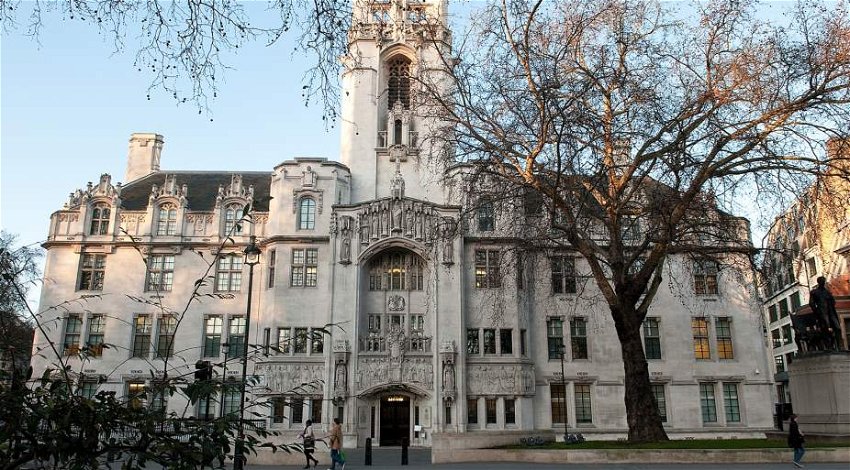 Supreme Court where the appeal was dismissed today. Pic UKGov.com

Convicted paedophile Mark Sutherland has lost his appeal in the Supreme Court today where he was challenging the rights of using evidence gathered by paedophile hunter groups discovered using covert sting operations.

THE paedophile was convicted in August 2018, he had been attempting to communicate indecently with a child, and there were other offences as well, this was after evidence had been collected and handed to police by a paedophile hunter group.

His appeal was based on his right to a private life, enshrined in Article 8 of the European Convention on Human Rights, which he insisted had been breached by the groups’ covert sting operations.

Five justices sit in the Supreme court and all five were unanimous in dismissing Sutherland’s claims, saying that the public prosecutor was entitled to enter evidence that had been obtained through ‘decoy’ practices.

Lord Sales said the court held there was “no interference with the accused’s rights” under Article 8 – which provides the right to a private life and correspondence.

He said: “It is implicit in Article 8 that in order to be protected the activity in question should be capable of respect within the scheme of values which the Convention on Human Rights exists to protect and promote.

“Children have rights under Article 8 as well. Under that provision, the state has a special responsibility to protect children against sexual exploitation by adults.

“This indicates that there is no protection under Article 8 for the communications by the accused in this case. The interests of children have priority over any interest a paedophile could have in being allowed to engage in the criminal conduct in issue here.

“Since the state has to deter offences against children in order to protect their rights, the public prosecutor was entitled to introduce the evidence from the decoy at the trial of the accused to try to secure a conviction.”

“His communications were sent directly to the decoy. There was no prior relationship between the accused and the decoy from which an expectation of privacy could be said to arise.

“In addition, the accused believed he was communicating with a 13-year-old child, and it was foreseeable that a child of that age might share any worrying communications with an adult.”

The group who collected the evidence had done so by setting up a sting operation on a well-known gay web application, the group were contacted by Sutherland who thought the member he was in communication with was a 13-year-old boy.

The group confronted Sutherland and broadcast the meeting over social media, then handed evidence over to the police, who immediately arrested him.