Will Spain follow South Africa and Ban Alcohol to stop the Coronavirus Spread? 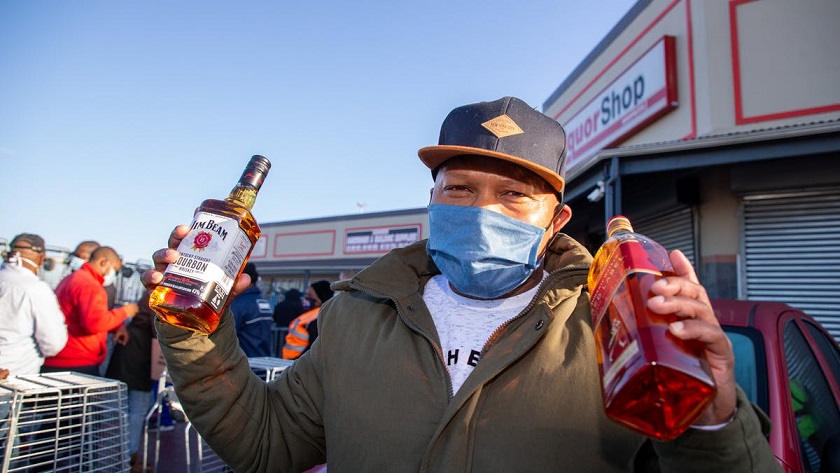 Will Spain ban Alcohol as did South Africa? image-Twitter

South Africa has introduced a ban on alcohol sales, to help contain the spread of coronavirus, the question is, will Spain follow suit?

A night-time curfew has been imposed, and the wearing of masks outdoors is now compulsory in South Africa, and from today, Wednesday 15 July, masks are compulsory in Spain. President Cyril Ramaphosa said the alcohol ban – South Africa’s second this year – would take the pressure off the national healthcare system.

The question is that if the new outbreak in Catalonia gets out-of-control- which we pray it doesn’t- would the government try the alcohol ban here to try and contain the virus?

Protesters took the streets in their numbers this week to demand an easing of the lockdown in Lleida, where more than 160,000 people have been forced back into coronavirus lockdown, which a judge agreed to do then the decision was overturned. Imagine now if authorities put a halt to the sale of alcohol!

Florida has also announced a ban on alcohol consumption at its bars after its daily confirmed coronavirus cases neared well over 10,000 and rising. The Florida agency that governs bars announced the ban on Twitter just moments after the state’s Department of Health reported a massive spike in new confirmed cases.

“Effective immediately, the Department of Business and Professional Regulation is suspending on-premises consumption of alcohol at bars statewide,” the Florida Department of Business and Professional Regulation tweeted. Bar owners spent the money to ensure their bars complied with guidelines set forth when bars were allowed to reopen during Phase 2. There were temperature checks and masks were distributed, and customers who refused to wear them were turned away- and now there just aren’t any customers at all!

In these grim and depressing times, the only thing we have left to cheer us up is to meet with friends- in our masks of course- and “down a few pints”. Apart from the social effects what about the beleaguered drinks industry who have been over-producing for months?

Do you think tourists would still come here with an alcohol ban in place and do you think the Spanish government would actually do it?

Let us know your opinion, I’m just off for pint myself- while i can! TW