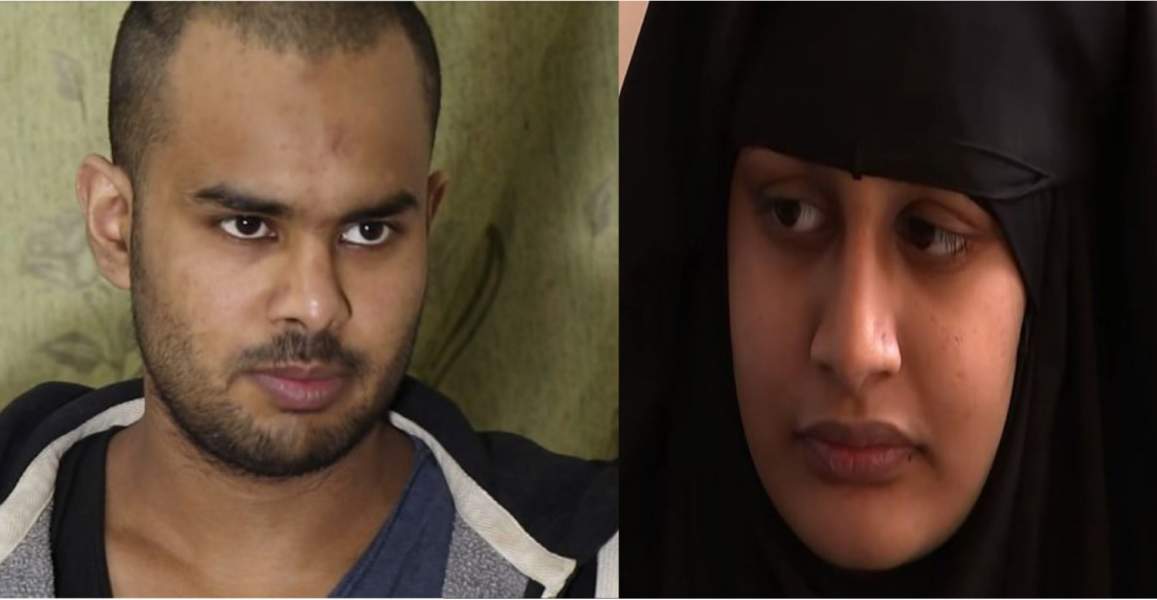 Known terrorists want to come back to the UK. Pic: MTC

Following the ruling from the court of appeal that said Shamima Begum should be allowed to come back to the UK to appear in person to try to have her citizenship reinstated, after it was stripped by the then Home Secretary Sajid Javid for leaving the country to join ISIS and attempting to return to the UK.

Lawyers from a London family who joined ISIS in Syria have written to Dominic Rabb The current Foreign Secretary demanding that they are returned to the UK.

Similar demands are being made from other families that they’re joining of ISIS should have no bearing on their British Citizenship, and are demanding that they  have the right to return to their home country.

Mehak Aslam left London for Syria in 2014, shortly after her husband, Shahan Choudhury, they both became members of the terrorist organisation ISIS and actively aided in the attacks and killings of British troops in Syria, Shahan Choudrury worked amongst other things as an ISIS gravedigger, and shortly before ISIS’s territorial defeat he and his wife left the fated terrorist group.

His wife and their 5 children are being held at a refugee camp and have had their British Citisenship withdrawn.

The government has said it intends to appeal against the court’s decision, In a letter sent to Mr Raab on behalf of the Aslam and Choudhury families, Imran Khan QC said the decision in the Begum case compelled the government to explore how it could bring them home:

“It therefore clearly follows that our clients, who wish to pursue appeals against the deprivation of their British Nationality, be permitted to return to the United Kingdom with their children in order that they can fairly challenge the decision made against them in accordance with judgement of the Appeal Court.

In my personal opinion, I think that if anyone regardless of their roots or heritage who is a citizen of any country in the world, actively makes the decision, even under duress or grooming, to leave the country of their citizenship to join a terrorist organisation which is actively in a war against the country that they have just left, and that person then proceeds to take part in terror attacks, or helps in any way to facilitate those attacks, Then that person forfeits the right to ever return to the country of their original citizenship.  It should not matter if they have nowhere to go, It should not matter if they are homeless, pennieless, and destitute.

They made the decision, and to allow them back nto the country is letting an enemy of the state walk across the border to do what they wish in a country that they hate.

So I am sorry if this upsets some, but I have no sympathy, and no thoughts of their safety, (Not even of their children),  they want us dead, so why should we allow them the opportunity to further their cause from the comfort of the country they have pledged to destroy?