BREAKING NEWS: Watch the Video as Over 100 Firemen Struggle to Tackle Blaze at Historic French Cathedral 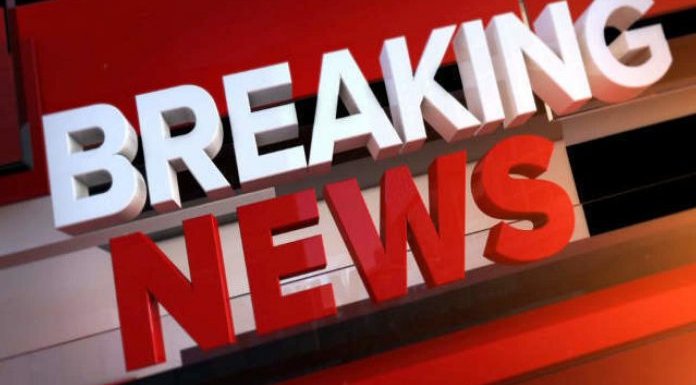 A historic Cathedral is in danger of being totally destroyed as 104 brave firemen fearlessly attempt to distinguish the raging flames.

A major fire has broken out in the cathedral in the western French city of Nantes, so powerful it is blowing out unique stained glass windows, with shards of glass and lead scattering onto the pavement outside. It has already destroyed a priceless grand organ that has been in the cathedral since the 15th-century building, officials said.

Local fire chief Laurent Ferlay told reporters 104 firemen were still at the site to ensure the blaze was completely under control before any other priceless relic will be destroyed forever.

“For the moment, the fire has been contained,” General Laurent Ferlay, the head of the local fire service, told reporters at around 10:00 CET.

Footage released on social media earlier by the French Federation of Firefighters showed flames leaping inside the gothic monument as a large cloud of black smoke escaped to rise towards the sky.

French Prosecutor Pierre Sennes has told reporters that three fires had been started at the site and authorities were treating the incident as a criminal act, he said he was unable to give any more details at this time.

Dozens of firemen eventually brought the fire under control, but it took several hours. Smoke was still coming out of the Gothic structure after massive flames earlier engulfed the inside today.

The blaze comes just over a year after a major fire at the Notre Dame cathedral in Paris, which destroyed its roof and main spire. The fire had broken out behind the grand organ, which was completely destroyed in the blaze.

“We are not in a Notre Dame de Paris scenario, like complete destruction- the roof has not been touched,” Ferlay said.

It was not the first time fire has damaged the cathedral, it was partly destroyed during World War Two in 1944 after Allied bombings. In 1972 a fire completely ravaged its roof. It was finally rebuilt 13 years later with a concrete structure replacing the ancient wooden roof. “The fire of 1972 is in our minds, but at this stage the simulation is not comparable,” Nantes Mayor Johanna Rolland told reporters.

Cecile Renaud, who works in a bakery facing the cathedral and alerted the fire services early on Saturday, said she had seen huge flames inside the building.

“It was a huge shock. It’s extremely sad.”

In 2015, a fire that appeared to have been caused by renovation work destroyed most of the roof of another church in Nantes, the Saint Donatien Basilica.