PC brigade 1, Common sense 0,  Just how far are the public willing to let the PC Brigade go before something is done? 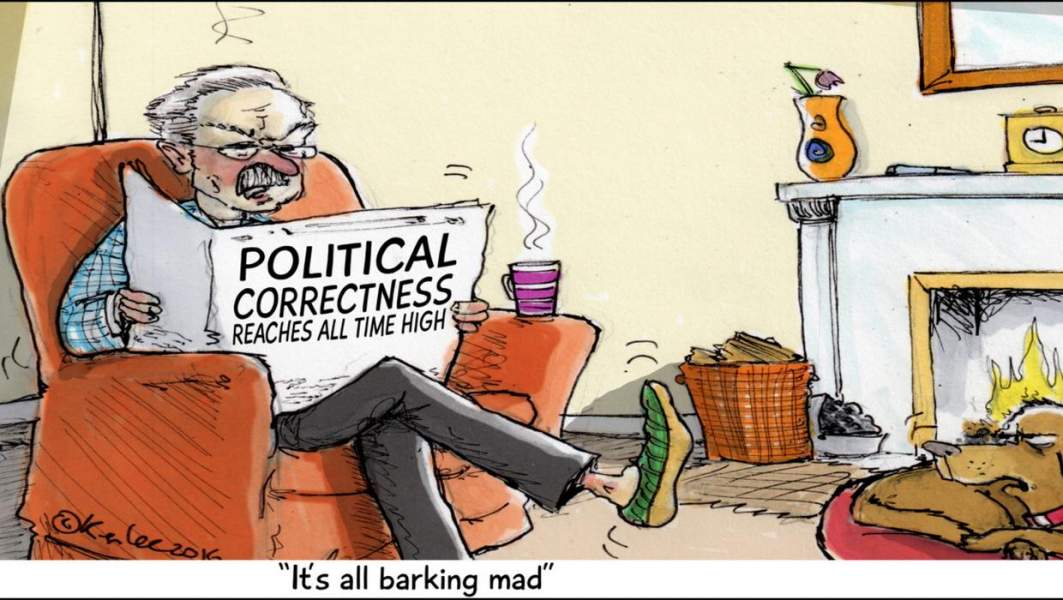 The First Sea Lord Tony Radakin  has ordered the Navy to change the use of certain terminologies allegedly so that female recruits do not feel excluded.

A source in the Navy told The Sun that, “the vast majority of people in the Navy accept that some terms are problematic or no longer appropriate. Leadership are keen to ensure that, where practicable, gendered terms aren’t used.”

A senior official within the higher echelons of the Navy said:  “this is a pathetic, woke distraction from keeping Britain safe. The only reason to change the labels is if it is a barrier to recruiting women, but recruitment has never been stronger.”

Seamen and able seamen are the lowest ranks in the Royal Navy’s warfare division, and possible alternatives reportedly being considered include “seafarer” and “mariner.”

The senior official said that, “the problem is that sea-person sounds a bit rubbish. There’s a lot of history attached to the seaman rank and we know there will be resistance.”

PC has been with us for quite some time, and in that time has really come up with some ridiculous ideas of what should be changed, for example: Applause was banned by the National Union of Students’ Women’s Campaign over concerns that it could ‘trigger anxiety’ among nervous students. Whooping and cheering have also raised concerns. Instead, politically-correct students now show support for a speaker with a bizarre display of ‘jazz hands’, a form of exuberant but silent manual acclamation taken from musical theatre.

If you don’t find that daft then how about this: Hate Speech, Any view that departs from the social justice agenda is at risk of being seen as ‘hate speech’. Home Secretary Amber Rudd’s speech to last year’s Tory party conference was reported to police as a ‘hate crime’ by Left-wing Oxford professor Joshua Silver.

The speech — which the academic later admitted he hadn’t actually watched — had included promises of tighter controls on immigration.

Closer to home, how would you describe the woman who gave birth to you?  It better not be by using the word ‘Mother;, Mother is a word that’s far too old-fashioned in our modern world where there is sensitivity about transgenderism.

In January, the British Medical Association advised members that mothers-to-be should be referred to as ‘pregnant people’ to avoid offence and ‘celebrate diversity’.

Another previously innocuous word frowned upon by the PC brigade is ‘man’: censors at Cardiff Metropolitan University have stipulated that ‘manpower’ should be replaced by ‘personnel’, ‘human resources’ or ‘staff’ to avoid offence to women. ‘Sportsmanship’ and ‘taxman’ should not be used, either.

Now if you’re working in one of the industries or services that require a Uniform then watch out it might be jeans and a T-shirt soon! Because: In an attempt to appease the transgender lobby, some police forces are scrapping traditional men’s and women’s uniforms. In response to its ‘Gender Identity Working Group’, Dyfed Powys constabulary in Wales switched to ‘gender-neutral’ outfits, including a unisex hat and neckwear.

‘We have learnt there may have been times when practices and procedures have adversely impacted our trans communities and their engagement with us,’ said Dyfed Assistant Chief Constable Liane James.

And finally if your into keeping your body in good shape and treating it like a temple, you better not be doing Yoga, because,  in 2015, the Student Federation of the University of Ottawa banned yoga sessions. The teacher was told it amounted to Western ‘cultural appropriation’ of a practice with its origins in Indian Hinduism. She was told: ‘There are cultural issues involved in the practice’ because of ‘oppression, cultural genocide and diasporas due to colonialism and western supremacy’.

Don’t get me started on the changing of words in nursery rhymes, or on the pulling down of statues that depicted dodgy people from 300 years ago, (Because that’s relevant today!), or what the colour of a board in a classroom is referred to, because I will just see red, (am I allowed to see red? Or is that not PC?),  and go off on a rant!

My point is this, The vast majority couldn’t care less where you are from, what colour the board that’s in the classroom is known by, what race you are, or what gender, (of the hundreds that are available apparently), you see yourself as, it is only the small minority of ‘woke’ people amongst us that shouts about it, and for some reason the rest of us are too afraid to say what they really think, incase someone’s ;feelings’ get hurt.

For goodness sake, it’s time to say stop, and get on with life without a unbelievable need to label everything and everyone.

But then again I am in the most attacked group of all, I am Caucasian, male, single, straight, and self-employed, so perhaps I really haven’t got the right to say anything!