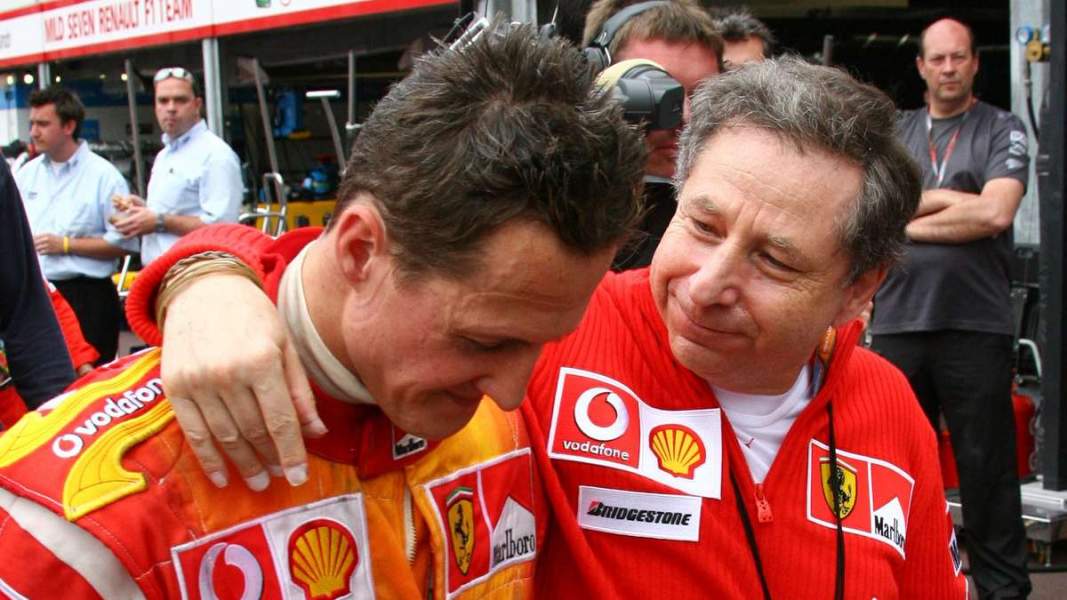 Only close family and a handful of trusted friends are allowed through the high doors of Michael Schumacher’s house on the shores of Lake Geneva in Switzerland these days.

An eerie silence has surrounded the German champs condition since he hit his head while skiing in the French Alps six and a half years ago, several rescue operations and 254 days in hospital followed.

One of the few welcome guests is Jean Todt, the former manager of Schumacher’s Ferrari team and now in his last year as chairman of Formula 1’s governing body, the FIA. Jean Todt spoke about his friend Michael Schumacher, Todt was Ferrari’s team leader when Schumacher drove and won titles for the team.

Todt speaks about his meeting with Michael

Speaking in Budapest, where Lewis Hamilton clinched pole position – the 90th of his career – for the Hungarian Grand Prix, the Frenchman chose his words with care, loyalty, and only when in a hurry. “I saw Michael last week,” he said. “He’s fighting. I hope the world can see it again. This is what he and his family are working towards. “

The two worked together in a symbiotic union to restore Ferrari’s fortunes after two dormant decades, and Todt, 74, sees Schumacher, 51, as a second son. They sometimes watch races together at Schumacher’s home in a wooded corner of Gland, a town of 13,000 inhabitants between Geneva and Lausanne.

Todt remains in close contact with Corinna, Schumacher’s devoted wife for 25 years, it was she who insisted on almost total secrecy unless there were strange official comments, which basically reflect the reserved and proud nature of her husband.

Reports from last month suggested Schumacher was set to undergo stem cell surgery, although a source close to the family said that it was an unlikely treatment, at least for now, given the restrictions caused by the coronavirus epidemic. Schumacher’s medical reports have never been revealed and are strictly prohibited.

Was Micheal Schumacher the best driver of all time?