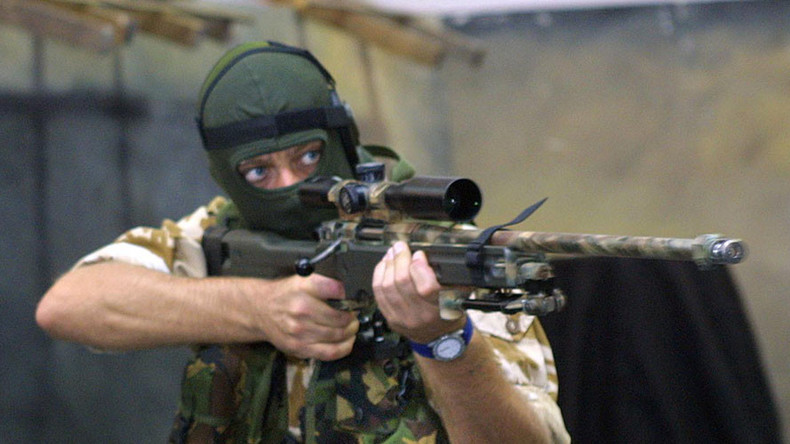 According to reports, British Elite Special Forces snipers have launched a “secret war” on Islamic State jihadis hiding in mountain caves in Iraq, killing 100 fighters in an attempt to stop an IS resurgence in its tracks.

The SAS soldiers tracked the IS fighters – that reportedly include British people – to the mountains and then attacked with sniper rifles, artillery, and precision airstrikes from RAF Typhoon jets and unmanned aerial drones.

There have been around ten battles in northern Iraq and other secret manoeuvres in Syria since April, ISIS fighters have a reputation for being ruthless and will stop at nothing to kill the occupation forces. They also have a lifetime of knowledge of the terrain, however, the SAS, with its base control, skill, determination, and high-tech communications network proved a worthy opponent, killing over 100 enemies in the one cave attack alone.

Several British jihadis have reportedly been killed in the fighting, identified by dental records and DNA. They had escaped from prison camps and found their way back to their military units. Islamic State maintains a network of caves and tunnels in Northern Iraq where the fighters took shelter to avoid capture. Over time, intelligence networks have mapped out a large number of these”hiding holes”, leaving the rebels fewer places to escape to.

Fight to the Death

The latest attack is said to have begun on April 10, British troops and British-trained Kurdish soldiers, forced the IS fighters into a building before RAF jets flew in from Cyprus, as well as a drone was flown by controllers at RAF Waddington in Lincolnshire in a combined strike.

It is understood that since then, there have been several battles in April, May and June with the RAF providing back-up firepower. A source said: “The regiment has been having a field day. It’s been hard soldiering in tough conditions, very hot and mountainous, and Islamic State fights to the death.

“Around 100 militants have been eliminated. There was a major battle every few days in May followed by some big clashes in June too.

“It is imperative that IS doesn’t get a foothold in the region again.”

If you liked reading this article, The Killing Fields of Iraq: Elite SAS Soldiers Wipeout 100 ISIS Fighters in “Jihadi Cave” Mission, please make sure to like, share and comment!