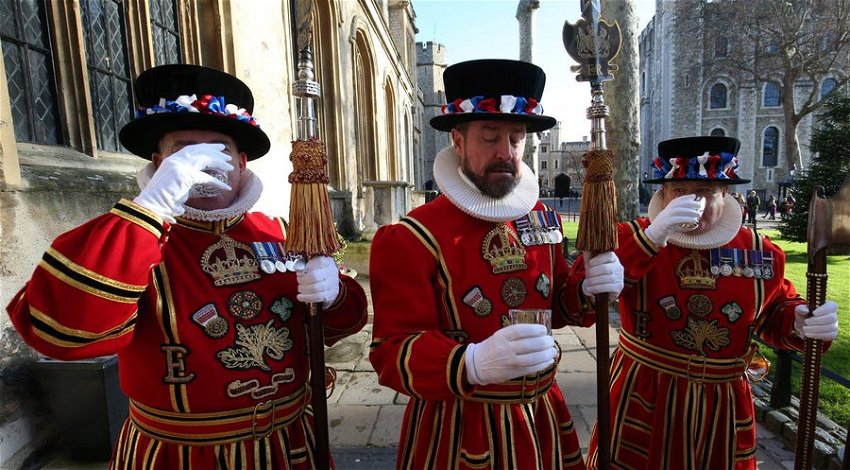 John Barnes, the head of the Historic Royal Palace (HRP) charity which runs the Tower, said: “We simply have no choice but to reduce our payroll costs. We are heartbroken that it has come to this.”

It`s an ‘unprecedented situation’, he continued: ‘The Yeoman Warders are ­valued staff and we have been forced into this position out of circumstance rather than choice. ‘Should any Yeoman Warders be made redundant, we will put measures in place to ensure they have a smooth transition out of the Tower and have the necessary notice periods.’

There are 37 Yeoman Warders, nicknamed Beefeaters, who guard the Crown Jewels and live inside the Tower’s grounds with their families, it is not yet known if any or all will have to move after the cuts. At least two Beefeaters have already taken voluntary redundancies but HRP has warned compulsory redundancies will have be enforced.

The Tower of London attraction reopened on July 10, with new provisions in place to prevent the spread of Covid-19, including hand sanitiser dispensers and one-way guided routes throughout. Tourists wanting a photograph with a Beefeater now have to social distance-and stand two metres away. Three million visitors passed through the Tower last year, but now it can welcome less than 1,000 people each day.

The guards at the Tower of London are called Yeoman Warders. In principle, they are responsible for looking after any prisoners at the Tower and safeguarding the British crown jewels, but in practice, they act as tour guides and are a tourist attraction in their own right. There are a total of twelve Yeomen Warders.

While their role is usually confined to the Tower of London, the Yeomen Warders do take part in one State ceremony. At Coronations, they form a guard of honour inside the annexe at Westminster Abbey.

Where does the name Beefeater originate from?

The name Beefeaters is often thought to come from the French word – ‘buffetier’. (Buffetiers were guards in the palace of French kings. They protected the king’s food.) However, the name Beefeater is more likely to have originated from the time when the Yeomen Warders at the Tower were paid part of their salary with chunks of beef. This took place right up until the 1800s.

Yeomen of the Guard

If you liked reading this article, ‘Her Majesty’s Tower of London Beefeaters face job losses for the first time in 500 years’, please make sure to like, share, and comment!