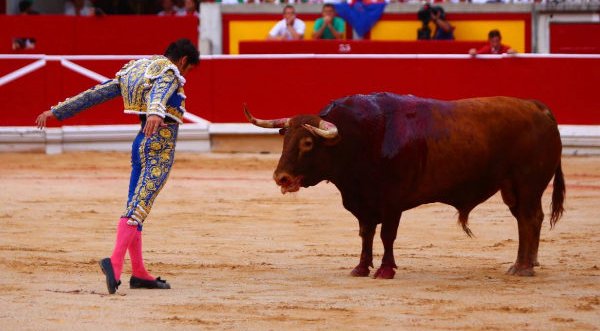 THE health crisis has led to the cancellation of many events across the whole of Andalucia. From massive concerts by world-renowned rock stars like Lenny Kravitz to traditional religious festivities important to Spanish cultures like what would have been the recent Día de la Virgen del Carmen and the popular week-long August Feria.

Not only are these celebrations a chance for communities to come together but they are also a huge economic pull for the region who could use every penny they can get.

However, it has now been announced that the first ‘post-Covid-19’ bullfight is to be held on Saturday, August 1, in Estepona.
Event organisers promise that new health measures will be in place for the controversial event with reduced capacity, the use of masks being required during the show and attendees temperatures to be taken at the entrance.

But are they missing the point?
Should bullfighting be the type of event that is given the green light over other celebrations at such a time?
Should religion and community spirit take a back seat to what many people describe as a “barbaric sport”?

The event in Estepona will include six bulls and three bullfighters that include well know Cayetano Rivera who comes from a dynasty of bullfighters leading back to his great grandfather. The toreador has such a large following he goes by a single name ‘Cayetano’.

He pointed out in a recent interview that he believes the bullfighting sector has been one of the most affected by the coronavirus pandemic. He also stated that there is a concern that the world of the bull is disappearing and went on to complain that some political parties that “insist on calling into question what bullfighting means for our bullfighting culture”.

As some areas of Spain like Murcia shutting down restaurants, bars and clubs in fear of a second wave of the virus, is a bullfight really the place that Spaniards wish to gamble with their life?