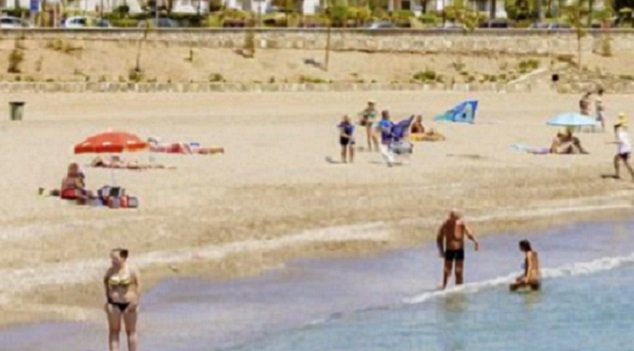 Mojacar council said the destination’s offer of safety and peace and quiet is proving to be very attractive this summer CREDIT: mojacar.es

IT’S been a good start to the summer holiday season in Mojacar thanks to a strong offer of safety, peace and quiet and strict disinfection and control measures on beaches, in shops and in public spaces, the local council reports.
The Municipal Tourist Office said that more than 1,700 people had dropped by the office and information point on the beach over the first fortnight of July.
In terms of visitors from other regions of Spain, the greatest numbers were from Madrid, other parts of Andalucia, Valencia, Cataluña, Castilla y Leon, the Basque Country, Navarra and Murcia. There was also an increase in the number of visitors from Aragon and Asturias to the locality.
Foreign tourists in Mojacar this month come mainly from France, Belgium and the UK.
The tourist office said enquiries by phone and email were also up. The vast majority have been consultations about rules and safety controls on the municipal beaches.
The council highlighted the attraction of Mojacar not having any time restrictions in place for beaches, along with the large number of beach assistants and lifeguards and the cleaning and disinfection service.
According to the local authority many of this year’s national and foreign tourists are first-time visitors to Mojacar, maintaining they have chosen the locality over more crowded coastal destinations. At the same time, the tourist office has detected less visitors who were visiting Mojacar as one of a number of places on their holiday itinerary.
Hotel occupation figures also make for positive reading. For the approximately 2,000 places on offer in three and four-star hotels, occupation levels are as high as 80 to 85 per cent at weekends, although the average stay is three to five nights. There has also been a rise in interest in holiday apartments, with stays of a full fortnight.
In addition, visits to the Mojacar Tourism portal have risen since, the council said. The most searched for content relates to beaches.
The council’s latest promotional ‘For your peace and quiet, choose Mojacar’ video has meanwhile reached an audience of more than 420,000.