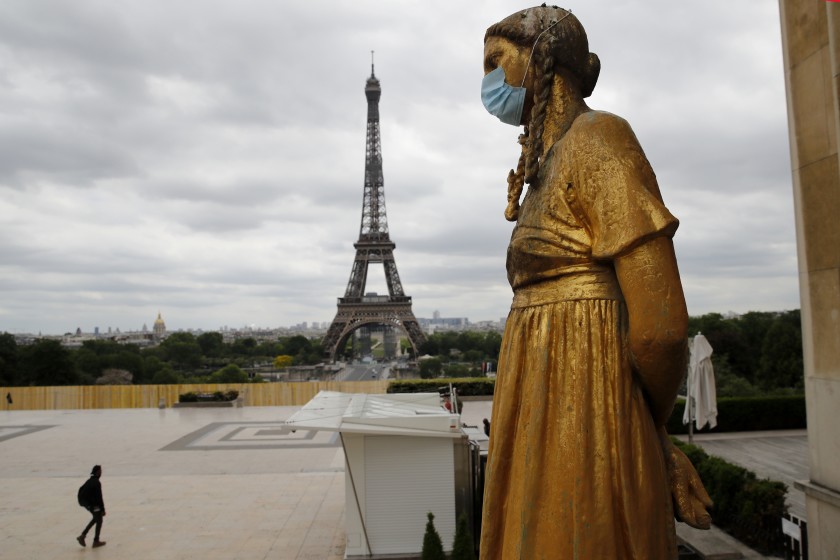 FRANCE’S health ministry said a further 998 new confirmed Covid-19 cases had been recorded over the past 24 hours, heightening concerns about new flare-ups of the epidemic.

France has seen a  ‘significant’ surge in cases as of Covid-19 traces have been found in the Paris sewage system. It marked the second day in a row that the country had seen a sizeable rise compared to earlier in the week after a series of localised flare-ups prompted officials to make mask-wearing compulsory in enclosed public spaces. Traces of the disease were found in the sewage system, the study of wastewater could act as an early indicator of coronavirus infections, long before people are diagnosed.

Fears exist of a second wave

The number of confirmed coronavirus cases now stands at 178,336 – the fifth highest in Europe. A further seven people died in the most recent 24-hour period, with the death toll increasing to 30,172. Fears over a second wave have increased after the Directorate General of Health warned “the circulation of the virus is increasing” after France recorded 208 currently active coronavirus outbreaks on Tuesday.

Infection rates in France are subsiding, but officials this week made the wearing of masks in enclosed public spaces compulsory after a series of localised flare-ups. To date Covid-19 has killed over 30,000 people in France.

Early studies by scientists in the Netherlands, France, Australia and elsewhere suggest sewage sampling for signs of the SARS-CoV-2 coronavirus could help estimate the number of infections in a geographic area, without having to test every person.

Laurent Moulin, who heads the research laboratory run by public water utility company Eau de Paris, cautioned the findings on their own did not mean a resurgence of the virus in the population since France eased its lockdown restrictions.

But, said Moulin, when used in conjunction with other data it can be a useful early warning sign of the virus spreading, even before people feel sick enough to seek medical help.

“We had the lockdown, which reduced the number of sick people, and then a little while later we saw a reduction of the concentration of SARS-CoV-2 in the waste water,” Moulin said, referring to the strain of virus behind the Covid-19 epidemic.

“What are we seeing since the end of June? We’ve seen some locations that were negative (for virus traces) and are becoming positive,” he said.