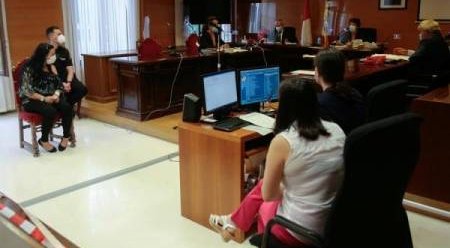 Spain’s infamous baby stealer is sentenced at the Provincial Court of Guadalajara, in the Community of Madrid. The court ruled against the possibility that she could suffer from mental problems and instead the judge contends that she had a calculated plan.

THE woman has been found guilty of illegal detention of a minor and for pretending to be a paediatrician. The sentencing also takes into account the mitigation of damage repair. The final sentence given to the infamous baby stealer is five years and one day in prison. The woman has been in the Alcala Meco prison since February 2019. This time already spent in prison will be discounted.

The sentence the infamous baby stealer received is slightly shorter than what the Prosecutor’s Office requested which was a total of five years and nine months in prison. She is also expected to indemnify the two parents a total of €1,000.

The court thought that she acted with a calculated plan rather than with impulsive and thoughtless behaviour. When she posed as the paediatrician, she asked the parents about what tests had been conducted on the baby before stealing it from them.

She then had the child for three hours and even made a video call to her family in Navarra saying that she had just given birth and showed them the baby. At all times she pretended that the child was hers, and dressed him in baby clothes that she had bought. She even gave him milk from a bottle before the police arrived at her house in Cabanillas del Campo.

Did you enjoy reading, ‘Spain’s Infamous Baby Stealer is Sentenced’? Make sure to comment and share the article.

For more local news about Spain – follow this link and check out some of our other articles.