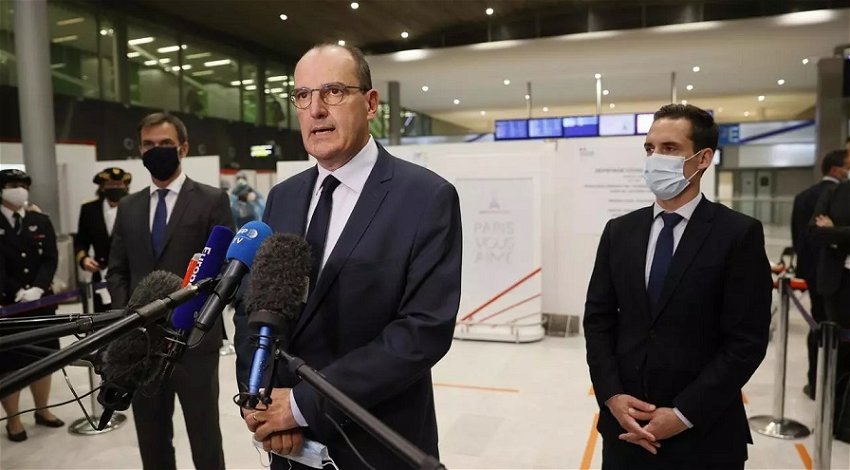 French Prime Minister Jean Castex said France will require on-the-spot Covid-19 tests for travellers coming from 16 countries where the virus is circulating widely- a move that could prove a boost for Spain’s Costa del Sol and Costa Blanca.

British holidaymakers fed up French bureaucracy are dashing to change their bookings to Spain, according to Travel Booking agents in the UK and Spain. In a surprise move today the French government said it would start to test everyone on the list of 16 countries.

Travellers from countries where the infection rate is deemed to be high will be subject to compulsory testing on arrival at French airports and seaports. The list is the US, United Arab Emirates, Bahrein, Panama, South Africa, Kuwait, Qatar, Israel, Brazil, Peru, Serbia, Algeria, Turkey, Madagascar, India and Oman. It was mentioned that if cases in Morocco continue to rise then it would be included later.

The tests will apply to “French citizens who live in these countries or citizens of these countries with an established residence in France” who will be the only ones allowed to enter, the prime minister added. Travellers who test positive upon arrival will be required to enter quarantine, he said. The United States was included among the 16 countries, the UK will be included if rates continue to rise- something many people are not prepared to take a risk on.

France warns against travel to Spain

French Prime Minister Jean Castex, who was speaking on the sidelines of a visit to Charles-de-Gaulle international airport, north of Paris, also warned French citizens against travelling to Spain’s Catalonia amid a spike in infections there.

“Concerning the situation in Catatonia, which is displaying worsened indicators for infection, we strongly encourage French citizens to avoid going there until the health situation improves,” Castex said.

Regional authorities across Spain introduced fresh coronavirus restrictions on Thursday aimed at stamping out a surge in infections. France had said last weekend it had not ruled out closing the border between the two countries.

In Catalonia, nearly 8,000 cases were diagnosed in the 14 days up to Thursday – almost half of the 16,410 detected throughout the country – despite guidelines for residents of regional capital Barcelona to stay at home.

Castex also said Paris was in discussions with the government in Madrid to limit flows of traffic from Spain into France as much as possible. In France, the public health authority said on Thursday there had been a significant rise in confirmed, new cases of people suffering from Covid-19, as the number of deaths in the country edged up.

If you liked reading this article, ‘France Testing Arrivals at French Airports and Seaports Proves a Boost for Spain`s Costa del Sol and Costa Blanca! ’, please make sure to like, share, and comment!