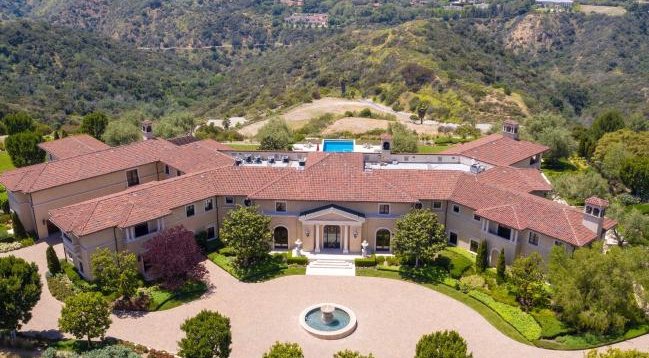 Harry and Meghan file lawsuit after 'drones take pictures of Archie in the garden'. image: Twitter

THE Duke and Duchess of Sussex have instructed lawyers to launch legal action in LA after drones were allegedly used to take pictures of their 14-month-old son Archie.

A complaint filed at the Los Angeles County Superior Court on Thursday claimed an unnamed individual photographed Archie at their home during the lockdown.

Harry and Meghan are constantly tracked by paparazzi who have tracked them down to their home in Los Angeles, flying helicopters overhead and cutting holes in their security fences, the lawsuit alleged. The couple said the pictures were an invasion of privacy.

High-power celebrity attorney Michael J Kump states that the filing stems from alleged “serial intrusions on the privacy of a 14-month-old child in his own home,” in addition to “the desire and responsibility of any parent to do what is necessary to protect their children from this manufactured feeding frenzy.”

Markle, 38, and Harry, 35, said the tabloid harassment finally came to a head when they saw that a photo of Archie was being offered to media outlets that was purportedly taken on a family outing in Malibu, when it was clearly shot while he was in their yard, unbeknownst to them.

“Every individual and family member in California is guaranteed by law the right to privacy in their home. No drones, helicopters, or telephoto lenses can take away that right,” Kump told Fox News in a statement on Thursday. “The Duke and Duchess of Sussex are filing this lawsuit to protect their young son’s right to privacy in their home without intrusion by photographers, and to uncover and stop those who seek to profit from these illegal actions.”

The resulting paparazzi interest included drones being flown as low as 20ft above the house as often as three times a day. Helicopters also hovered over the home as early as 5.30am and as late as 7pm, disturbing neighbours and waking baby Archie.

If you liked reading this article, ‘Prince Harry and Meghan Markle launch Legal Action over Drone Attacks on son Archie,’ please make sure to like, share, and comment!