Brits Banged up for Two Weeks on Return from Spain from Tomorrow – but Scots get off Quarantine Free! 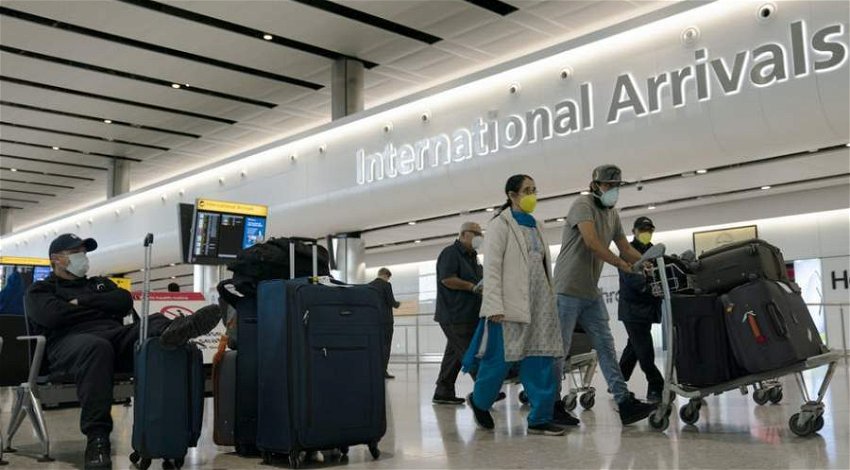 BRITS have until midnight tonight to leave Spain as the country is added to the UK quarantine list – Scotland remains in the clear!

Ministers have removed Spain from the government’s list of safe countries to travel to after a surge of coronavirus cases in the region of Catalonia. It’s chaos at Malaga airport as last-minute bookings back to the UK are made and desks are full of angry holidaymakers demanding a flight to get back to Blighty.

The shock decision means those travelling from Spain will now have to self-isolate for two weeks when they return to England. It is already causing chaos and concern for the thousands of tourists stuck in the country on holiday. Travel reps are said to be inundated with requests to return to the UK tonight – but that, of course, is too short notice especially as airlines are operating on a much-reduced schedule.

Holidaymaker Dave Houghton and his family from Leeds arrived for two weeks stay in a private apartment on the paseo in Fuengirola only today, he couldn’t believe what has just happened. He said:

“What?? – we only got here a few hours ago, OMG – that’s crazy. I go back to work in two weeks time, I can’t go into bl**dy quarantine!! It took us three attempts just to get here, our flights were cancelled and we still haven’t had all the money back but we were so desperate to get away I didn’t care.”

His wife, Sally, was close by with their two children by the kids fair in the Fuengirola port, crying her eyes out.

“I said to Dave we shouldn’t have come, I can’t believe it. I’m barely hanging on to my part-time job as a cleaner, I’ll get the sack if I’m not back two weeks on Monday.”

What has prompted the move?

A spokesperson said: “The Joint Biosecurity Centre together with Public Health England has updated its coronavirus assessments of Spain based on the latest data. As a result, Spain has been removed from the lists of countries from which passengers arriving in England, Scotland, Wales and Northern Ireland are exempt from the need to self-isolate.

“Protecting public health is our absolute priority and we have taken this decision to limit any potential spread to the UK.

“We’ve always been clear that we would act immediately to remove a country where necessary. Both our list of quarantine exemptions and the FCO travel advice are being updated to reflect these latest risk assessments.”

More importantly for us who live in Spain is the question of how are businesses going to cope without the much-needed tourists? And, will Spain be forced back into lockdown?