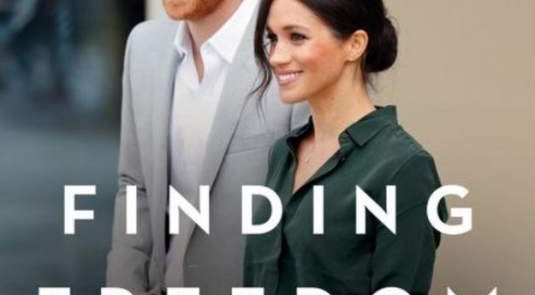 Feelings that they were being gagged and stifled by palace courtiers—all of those things were at the heart of Prince Harry and Meghan’s sensational decision to quit the royal family, according to the Sussexes new book, Finding Freedom: Harry, Meghan and the Making of a Modern Royal Family.

Parts of the new book about the Duke and Duchess of Sussex will be serialized by The Times all this weekend. The title of the article is “their side of the story,“ and reveals the full extent of the battles between the “Fab Four”- Harry, Meghan, William and Kate.

According to the authors of the book Omid Scobie and Carolyn Durand, who have been working on the book since 2018 and claim to have spoken to over 100 sources close to the couple, the Sussexes resented not being able to be the royals they wanted to be.

The pair were particularly upset when they were told that after splitting from the Cambridges and leaving Kensington Palace, their new household would be under the umbrella of the Queen’s office at Buckingham Palace which they reveal was “a big disappointment” to them.

In the excerpt published in the Times,  Harry claims he felt “unprotected” by his family and not taken seriously by palace courtiers who felt he was too sensitive and outspoken. According to sources who spoke to the authors, Harry believed that some courtiers “simply didn’t like Meghan and would stop at nothing to make her life difficult.”

The extract was published the day after Harry and Meghan launched a new lawsuit over an alleged paparazzi intrusion at their home in Los Angeles, in which photographs were taken of their son Archie. Harry feels “that there were so many occasions when the institution and his family could have helped them, stood up for them, backed them up, and never did,” a source told the authors.

“Fundamentally, Harry wanted out,” a source close to the couple revealed. “Deep down, he was always struggling within that world. She’s opened the door for him on that.”

“The courtiers blame Meghan, and some family do,” another source said of the couple leaving the royal family.

If you liked reading this article, ‘Excerpt from Harry and Meghan`s New Book- Finding Freedom- Sensational New Biography on the Royals’, please make sure to like, share, and comment!