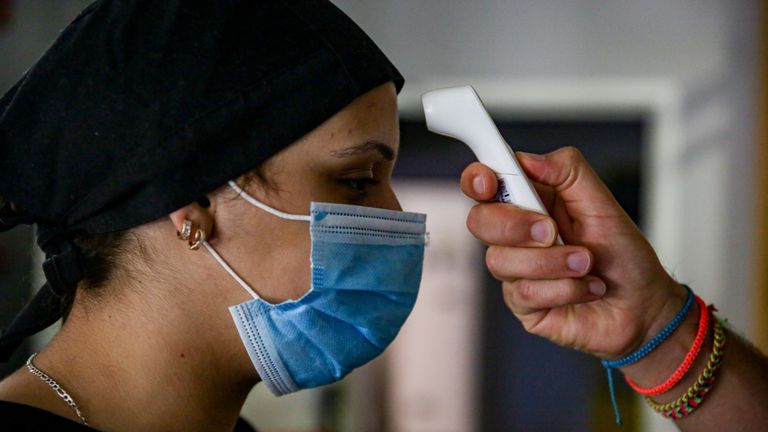 Spain has seen COVID-19 cases rise in the last few weeks, however that does not prove there are any more ‘new’ cases, only that there have been more tests available and that those tests have said that there are more people with the antibody in their system, The test alone does not show ‘new’ cases at all,  and Britain announced at around 9pm GMT on Saturday that it was taking Mainland Spain off a safe-travel list. The quarantine took effect hours later

TUI UK, part of the TUI, holiday company, said it would cancel all flights and holidays to mainland Spain up to Aug. 9, but would still have  flights to the Balearic and Canary islands.

Dominic Raab, (British Foreign Secretary),  described the quarantine decision on Sunday, as a “real-time response” to an increase in infections in Spain. “We can’t make apologies … we must be able to take swift, decisive action,” he said on Sky News.

With most of the new cases being limited to the northeastern region of Catalonia, and neighboring regions, most of the criticism has been leveled at the fact that the rest of the country is being penalized for what’s happening in a few regions.

Why are the restrictions, and quarantines not applied to the regions effected, instead of the whole country, at least if that were the case then the local tourist economies, (on the Costa del Sol for example), would not be effected and would have half a chance at getting some part of the seasonal trade that has been decimated by the pandemic?

“This is ridiculous. There are almost zero cases here and there’s a far higher possibility of becoming infected by it when I get back to Britain,” said John Snelling, 50, from Stratford-upon-Avon, who was on holiday in Menorca.

Spain is safe for tourists and Spaniards, the Spanish government insisted on Sunday after Britain abruptly imposed a two-week coronavirus quarantine on travellers returning from there, a decision that filled holidaymakers with anger and disbelief.