The REAL reason behind the quarantine, and the media scaremongering 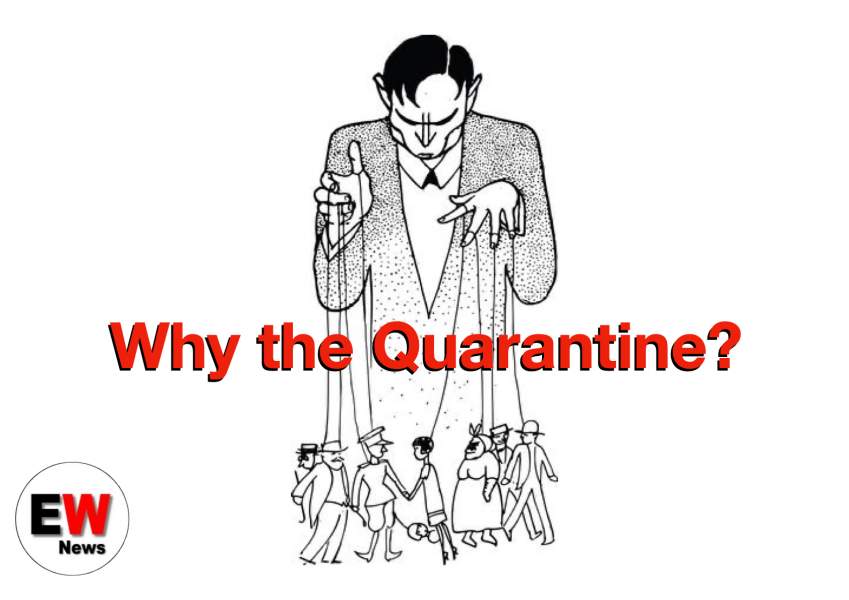 OK, from the outset let me make it quite clear that this is my opinion, and although I have done a lot of research into my findings, there will be loads of ‘experts’ and government departments that will strenuously oppose what I am about to say

Firstly let’s look at the coronavirus numbers in Spain,  the gutter press like the ‘Daily Fail’ and the “Torygraph”, would have you believe that Spain is a writhing seething mass of death and disease, and that you should not leave good old Blighty for any reason whatsoever because the numbers are spiking all over the place and if you come to Spain you will die!

Apart from the fact that for the most part those headlines are specifically designed by the media (under direct instruction from some grey little faceless civil servant),  to keep the masses scared and staying in the UK simply because they want no money spent away from the UK as they are now skint, due to the ineptitude of the government in the handling of the pandemic, you have to look at how these scaremongering news outlets make their money, most think it’s from advertising, (and to an extent that is true), but the bulk of the money made in these enlightened times of the internet is from ‘click-bait’, since the advent of the internet there has been a steady decline in the ‘hard copy’ newspaper sold at the corner shop, and a huge increase in the on-line presence, this is good and bad for the newspapers, because it means that there is a lower cost in actually producing the news, but the income from the internet is much lower per individual story, than if the papers were selling on the street.

So the gutter press, (and all the good press as well), have to rely on getting people to ‘click’ on stories, (they get a very small payment per click), and more when the advertisers get ‘clicked’ on, so the bigger and bolder the headline the more chance of a click and therefore a payment.

Some mass media don’t care what those headlines actually do to the mindset of the people.

But I digress, I was on about the numbers in Spain, would you like to know why the numbers in certain areas of Spain seem to be rising?  It’s actually very simple,  more people are being tested.

Is that not a given?, if you test for something in larger numbers in one area than in another, where will the larger positive results be found?

You have to remember that the antibody test (on its own), only tells you if a person has had or has the virus, it does not tell you how long they have had the infection, or if they are no longer infectious,  so people who had the coronavirus, say 2 months ago and have recovered will have the antibodies in their system, but if they get tested today they are added to the numbers of ‘fresh’ positives.

This gives a very false perspective on the actual number of new cases, and by that I mean the actual new cases that is people who have actually been infected within the last 2 weeks, which (unless that person was tested two weeks ago and was negative then, and today tests positive), there is no way to tell with just the antibody test.   But they are still added to the ‘new’ case numbers.

So there is no actual spike in ‘new’ infections, there is a spike in the amount of people tested positive for the antibody, (which of course does not mean they are infectious).

The quarantine headlines are also ridiculous my favorite is that holidaymakers are ‘stranded’ in Spain, quite simply, (and obviously), that is a blatant lie.   Nobody is ‘stranded’ because they can either go back to the UK on the date they have already booked to do so, or they can get a flight before that time!  So tell me who is ‘stranded’?

Obviously there are those who on their return with the 14 day quarantine are in a situation where their jobs could be in jeopardy, and that is devastating for those concerned, but I would suggest that for most, their employers will have some sort of understanding that they are not in any way to blame for the governments U-turn, and will be able to come to an arrangement with the employees.

The quarantine, that’s an interesting thing in itself, with the ‘spikes’ in the number of tests giving a false outlook on what’s actually occurring, the British government have decided that Spain,  (who have a much lower set of numbers per capita than England), is too dangerous to go to without going into quarantine on return.  Is a good idea?  Tell me how they worked that out?  The numbers in Spain are lower per capita than the numbers in England, so there is less chance of getting the infection in Spain than in England.   Therefore you have to quarantine on return??

The UK government has made an absolute hash of the whole protocol situation since day 1, they have done 6 U-turns just on face masks!, so they said firstly back in March that “wearing a face mask will not protect you or others from the disease”, then they said that face masks should be worn, then they said not to wear one, then to wear one, then not to wear one, and now they are saying that you should wear one!  Matt Hancock said that wearing a face mask was not going to protect anyone so the public were ok not to do so, and the FOLLOWING DAY, Boris Johnson said that everyone should wear one, and it would be enforced by mandate in TWO WEEKS’ TIME, If it was so important then why in two weeks’ time and not at that moment?

So my conclusion about the real reason behind the quarantine and the scaremongering by the media is a simple one,  The British government have run out of money, they need the public to stay in the UK and spend their savings, and wages in the country, and through manipulation of the gutter press with scaremongering terrifying headlines, and bringing in the quarantine when there is absolutely no reason to do so, they can make sure that the majority of those who were intending to go on holiday, cancel, and stay home.

If you can do so, please come to Spain for your holiday, there is a significantly lower chance of you becoming infected here than in the UK, (specifically England), our beaches are open, clean and gorgeous, the bars, restaurants and markets are open for business, the countryside is amazing and welcoming, and there is of course the sunshine, which is incredible right now.

Yes you will have to wear a mask, but not if you are sunbathing, drinking, eating, doing sports, or just relaxing by the pool.

Public transport is running perfectly, (yes a mask is mandatory in a bus or taxi or train), so you won’t have a problem getting to or from the airport.

There is all the usual beach bar chiringuitos, live entertainment up and down the country, in fact everything you have come to expect from this amazing country.

Hope to see you soon.