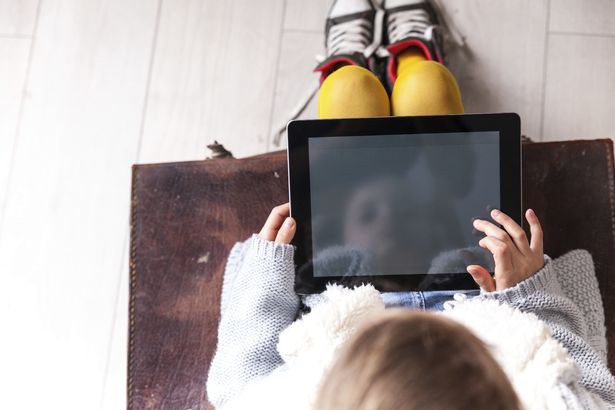 TWO Scottish pensioners were shocked to discover their bank balance was zero soon after signing up their granddaughter for an online computer game!

Scottish couple Liz and Jim Harrison were shocked to discover the amount was missing when they checked their online balance shortly after signing their eight-year-old granddaughter Abby up to gaming platform Roblox.

The pensioners have now been left with a £3,000 bill, innocently racked up by their young grandchild after playing the online computer game. It is understood that they signed their granddaughter up to the gaming platform just to keep her occupied through the lockdown.

Roblox has about 100 million users worldwide and is very popular with children. Roblox is free to download but young users are encouraged to buy virtual money – called Robux – to spend during play.

Speaking to an online gaming expert I found that if payment settings aren’t configured correctly when the account is set up, it is easy to purchase Roblox money without limit.

Last night, Liz, 67, said Abby had unwittingly spent up to £500 a day on different games.

“We got a huge shock when we saw the amount that had gone from our account – we initially feared we’d been the victims of scammers.

“We can’t understand why we weren’t alerted to payments being made – surely Roblox would have checked for authorisation before taking all our money. It left us with nothing.”

The Harrisons tried to contact Roblox – based on the west coast of America – Paypal and their Halifax bank for help but got nowhere.

This not the first time that the online gaming platform has hit the headlines, however. Earlier this year a schoolgirl made an astonishing 255 purchases totalling €1,600 on game-making app Roblox alone – ranging from €1.20 to €22.

Mum Katie, 35, from Wrexham, North Wales only realised when she received an email from Barclaycard saying she had a credit card payment due – even though the balance should have been much more.

“I thought it must have been fraud at first. But then I saw the transactions were all from Apple and I just thought ‘oh my god’,” she said.

“[My daughter] was staying with my mum at the time so I rang my mum and asked to speak to her. I said ‘have you bought anything on the iPad?’ She said ‘only a little bit of Roblox, but not much’.”

Call centre advisor Katie said: “I felt sick and was in floods of tears. I was so shocked, disappointed and annoyed.

“It was hard to be too angry with her because she didn’t really know what she was doing and she didn’t understand.

“We are really angry but she is innocent. She said she thought it was free.

“She does look sorry. She looked white when we spoke to her about it and she started crying.

“But she just doesn’t realise how much money she spent and what that means.”

The couple was still trying to get the money back from Barclaycard and Apple but because the card wasn’t used for fraud, they fear they are unlikely to succeed. A Barclaycard spokesperson said: “We are sorry that Ms Phillips has had cause to complain.

“Unfortunately, customers are liable for the transactions authorised using their Apple ID, and we are therefore unable to provide a refund.

“However, we empathise with Ms Phillips’ situation, so we have made arrangements not to charge any interest on the transactions.” !!