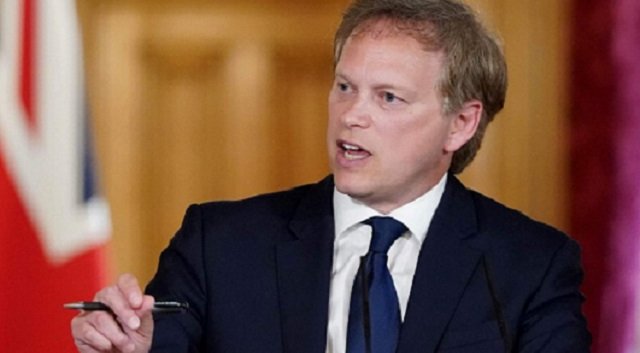 CLAIM: Transport Minister Grant Schapps is in favour of establishing safe corridors with the Balearics, according to The Sun CREDIT: Grant Shapps Facebook @grant.shapps

THE UK could exclude the Balearic and Canary Islands from the requirement on travellers returning from Spain to quarantine, The Sun claims.
The newspaper reported on Monday that a Whitehall source had revealed the Government was considering an exemption for both archipelagos.
The Sun said it understood Transport Minister Grant Shapps, who is himself currently on holiday in Spain, is in favour of dropping the quarantine obligation for the Balearics at least and establishing safe air corridors, and possibly as early as this week, given the archipelago’s relatively low rates of Covid-19 infection.
But government ministers are not seeing eye-to-eye on the issue, according to The Sun.
It also reported that Foreign Minister Dominic Raab is of the firm view the compulsory quarantine rule should apply for travel from anywhere in Spain to avoid confusion.
The paper even suggests that Raab could be about to add the Balearics to the Foreign Office’s list of places to which all but essential travel is not advised.
Britain’s Ambassador to Spain Hugh Elliot has meanwhile affirmed the UK does not view the Balearics and the Canaries as special cases at this current time. In an interview with Spanish TV on Monday morning he made it clear that while talks with Spain’s regional and central governments are ongoing, as it stands the quarantine requirement applies for travellers from anywhere on Spanish territory and therefore there would be no corridors or exceptions at the moment.
When asked to justify why the Real Madrid football team will be allowed to travel to Manchester for a Champions League return match, the Ambassador said there is a list of exemptions for elite athletes, pointing out the players movements will be controlled at all times.
Also commenting today on the idea of lifting the quarantine rule for the Canaries and the Balearics was Spain’s Tourism Minister Reyes Moroto.
Addressing press during a visit to Ibiza she said the Spanish government has been working intensively to try and resolve the issue as soon as possible.
She pointed out the Balearics have a lower rate of Covid-19 infection than the UK and highlighted the success of the air corridors established with Germany for the pilot tourism project in June.