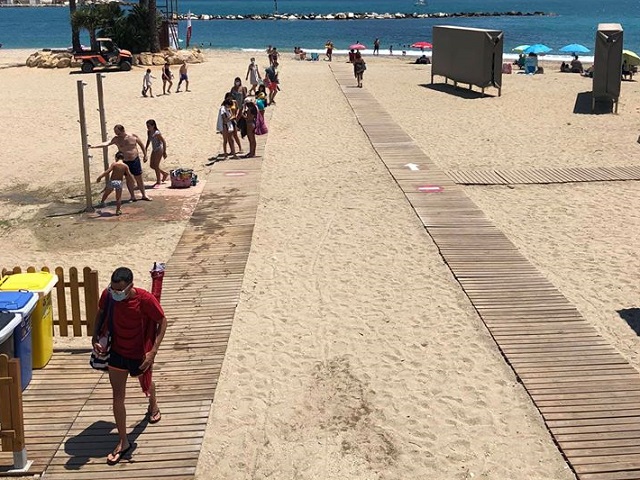 British Holidaymakers in Spain may yet be spared quarantine on their return to the UK. image: Stock Photo

Hope for holidaymakers as the UK government looks at regional travel corridor to Spanish islands.

British Holidaymakers in Spain have been given fresh hope after the UK government revealed it is considering setting up regional travel corridors. If the proposals are accepted then it will help those travelling from low-risk areas, like the Spanish Islands, escape quarantine.

Transport minister Baroness Vere of Norbiton confirmed the idea was being investigated after pressure from Madrid over the change to travel advice made by the government over the weekend. She told parliament today: “For the time being, we are taking the approach by country for border measures but it is the case that it could be that we put them in place for regions in the future.

“We are not there yet but we are certainly looking at it because it is an appropriate consideration.”

“We saw a 75 per cent increase in cases on Thursday and Friday relative to Tuesday and Wednesday last week – that’s what has prompted this intervention.” She went on to say: “We are living in a world where things can move suddenly and very seriously, and that’s what appears to be happening in parts of Spain.”

The UK extended its coronavirus guidance advising against all non-essential travel to the country. The UK government’s sudden decision to impose a two-week quarantine on arrivals shocked travellers between the two countries. Holiday and travel firms have all put pressure on the government to reverse the decision.

Many businesses on Spain’s Costa del Sol are suffering badly due to the lack of tourists. Thousands did start to arrive last week and to be told on Saturday they need to quarantine on return to the UK. The UK has seen a boom in so-called ‘Stay-Cations’ as a result of the government’s decision, all hopes are pinned on a reversal as soon as possible.