Huercal-Overa budget gets the go-ahead 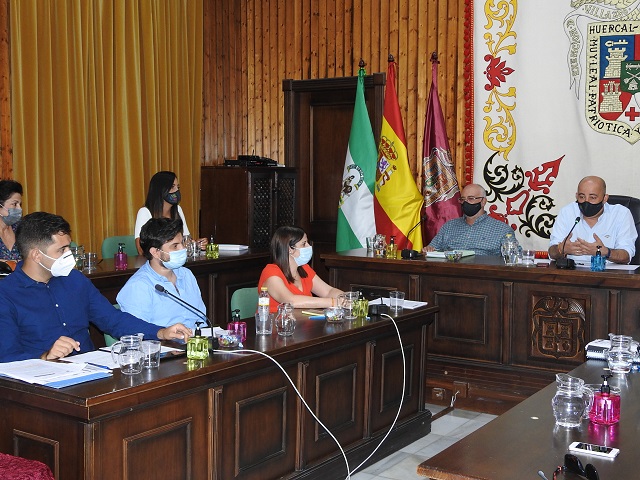 PRIORITY: The main aim is for the municipality to “come out of the crisis reinforced”, the Finance councillor commented. CREDIT: Ayuntamiento de Huercal-Overa

HUERCAL-OVERA council has given the go-ahead to the municipal budget for the current year.
The €16.6 million spending plan go the backing of the nine councillors making up the governing team. The Socialist councillors and the councillor representing Ciudadanos voted against.
“Today we are approving one of the most important points for the functioning of the municipality”, said Finance councillor Adrian Ramos.
Commenting on why the budget was being approved so late in the year, Ramos described the situation as a “democratic anomaly” and pointed the finger of blame at the previous governing team. He said it was a task they should have completed by the end of 2019.
The Finance councillor made the point there had been a change of government in Huercal-Overa only a month earlier and said the new budget had been drawn up as quickly as possible.
He also explained it had been “adjusted to needs and to the new reality the municipality is experiencing” due to the pandemic.
“It is a budget thinking in our municipality and its reactivation”, he said.
“The council has to be one of the main drivers of our municipality’s economic recovery, hence we are committed to being the backing many Huercal-Overa citizens need to overcome these economic and family challenges”, Ramos added.
The main aim of the budget is for the municipality to “come out of the crisis reinforced”, he went on.
The councillor particularly highlighted the half a million euros allocated to the self-employed, business people and for job development, €500,000 for improvements to schools and €400,000 for employment programmes and social assistance.