A ‘Dynamic Duo’ Rob a Bank in Spain – Using Social Distancing of Course! 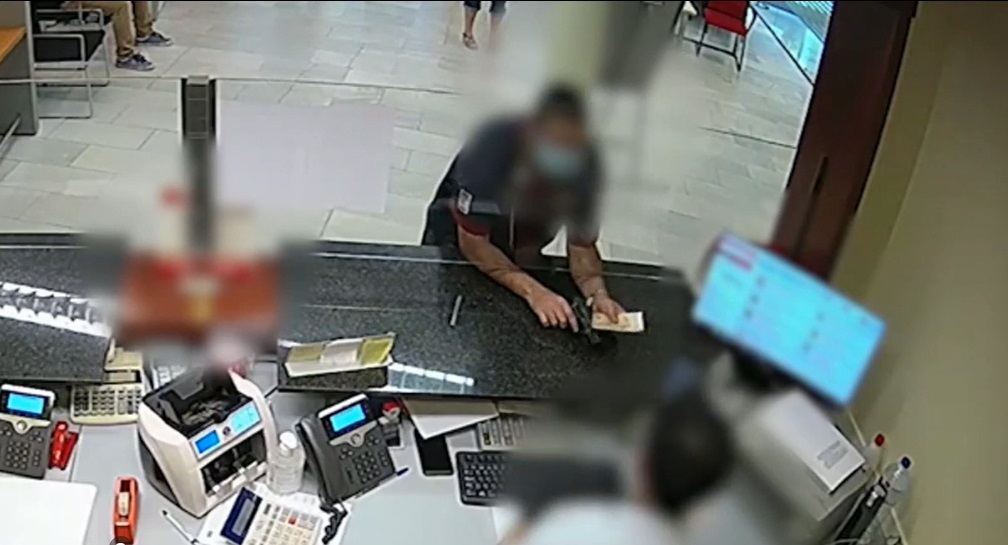 A pair of bank robbers calmly made off with thousands of euros from a Bank in León, Northern Spain – while observing social distancing!

The ‘Dynamic Duo’ appear in ‘The Coronavirus Cash Heist’

THE police have arrested the two people responsible for a robbery with a firearm at a bank branch. The ‘assault and robbery’ occurred several days ago.

One day last week a pair of thieves decided to chance their luck and rob a local bank. I’m saying ‘one day’ because it’s obvious the ‘crime of the century’ wasn’t planned too far in front. In something straight off a cheap budget crime film, one accomplice waits across the street revving the car and the other calmly walks into the bank, gets his courage up, and waits his turn to get served!

According to witness statements, the ‘hardened criminal’ – socially distanced and 1.5 metres away from the next person in the queue – looked at his queue ticket, heard the buzzer then proceeded to the counter. At the counter, the ‘hitman’ slowly placed his gun on the counter. The assistant took a few seconds to take it all in, but gave the robber a handful of cash.

The robber, by this time, had struck up a conversation with the assistant. According to the customers in the bank it went like this: “hot today isn’t it, what time do you get off? Oh, and by-the-way I have a gun, could you please give me some money – maybe we could grab a beer later?” He counts the notes then calmly puts them in his stash bag.

The getaway – followed by NOT getting away!

It was all going to plan, the cheeky chappie even said his goodbyes as he ‘calmly’ left the bank and made his way to the getaway car. Shame, because just after that they were both ‘calmly’ arrested!

A 45-year-old man and an accomplice were later charged with ‘being far too nice whilst robbing a bank – with a gun.’ Police recovered a huge amount of cash, €1,250, and two mobile phones and a SIM card. Thank god these two dangerous criminals are off the streets! You’ve got to laugh! TW