One Million Jobs Lost in Spain and its Not Over Yet! 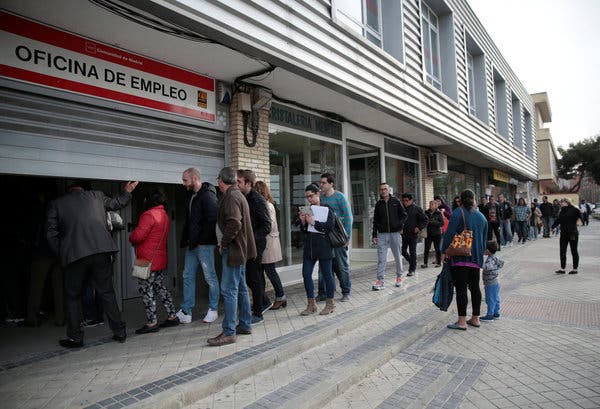 Spain's jobless total hits a million- but is there a way out?. image: Flikr

Spain has reported that over one million jobs have been lost during the last quarter due to the coronavirus crisis.

The ministry for finance has said that a quarterly fall on this scale was not even recorded during the very worst months of the 2008 global recession.

The worldwide pandemic has left a devastating effect on the Spanish labour market. According to the latest workforce survey (EPA) released on Tuesday by the National Statistics Institute (INE), nearly 1.1 million jobs were lost in the second quarter of 2020. INE commented that this represents an unprecedented drop in the countries national statistics.

However, the impact of the crisis, which led to a prolonged lockdown and two-week total shutdown of all non-essential economic activity, was mitigated by the government’s ERTE furloughing scheme. Under this system, companies suffering financial losses from the Covid-19 pandemic, and the confinement measures, could temporarily send home workers or reduce their working hours.

In June this year, the Spanish government agreed to extend the scheme until September 30- a move applauded across all sectors of the business community. During the second quarter, Spain was one of the countries in the world hit hardest by the coronavirus pandemic, and it implemented one of the strictest lockdowns imposed in Europe from mid-March to June. An outbreak of the virus is still so far being contained in Catalonia but the health ministry has warned it could spread and trigger new outbreaks, something the country can not afford.

It is also worth remembering that the jobless total is not accurate and that the actual figure is much more. Employees on the ERTE scheme are not classed as unemployed and it is a forgone conclusion that thousands of businesses will unfortunately not survive until the end of the year. At the mont, almost 50% of ERTE workers at back at their jobs, leaving over 500,000 still on the system.

One of the main problems with employment in Spain is that too much reliance has always been placed on the tourism industry, if anything, this crisis has proved that Spain must now create new ways of producing income that is not based on tourism.