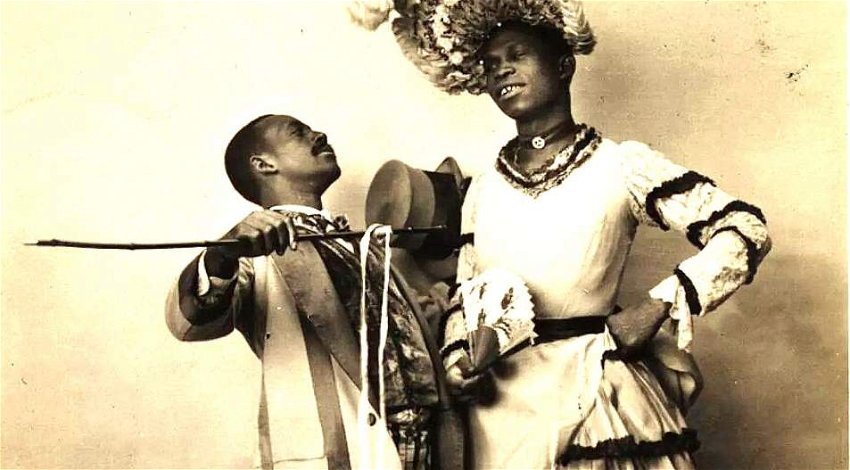 DECADES ago a London gay bar staged Sunday afternoon tea dances that attracted a sizeable number of fellas in extravagant frocks who showed how waltzes and tangos and jives REALLY ought to be done.

The London gatherings so enthralled me that I asked a friend to come along one Sunday. He reacted as though I’d invited him to superglue his butt to a toilet seat. ‘Noooo!’ he exclaimed. ‘I’m terrified of men in drag.’

What reminded me of those deliciously camp Sunday afternoons was a message I received via Facebook from UK-based friend Alice Williams. She drew my attention to a man I’d never heard of – William Dorsey Swann, a pioneering gay liberation activist.

Born into slavery in 1858, he was the first person in the US to lead a gay rights group – and the first known American to embark on legal and political campaigns in defence of his community’s right to gather.

During the 1880s and 1890s, he organised a series of balls in Washington, D.C. Most who attended were former male slaves who loved strutting their stuff in satin and silk dresses. (You can read more of his history at https://tinyurl.com/v5k3h8q)

It was only after I received Alice’s message that the thought occurred to me that there has to be a term for an irrational fear of men in women’s clothing.

Maybe, you’re thinking, that’s because people aren’t panicked by drag queens. Wrong! Many have posted accounts on the Internet of their personal dread of transvestites and transexuals. Virtually all freely admit their fears are irrational.

But some people actually detest drag queens with such passion that they actively promote hatred and violence against them. Perhaps the most ghastly of these are deranged American Elizabeth Johnson who uses her ‘Activist Mommy’ blog to identify drag events and exhort fellow Christian sociopaths to disrupt such gatherings.

COVID-19, with its accompanying social distancing rules, have more or less shut the woman up because right now there are no drag events to attack.

But once things get back to normal, she will no doubt be back on her soapbox, shrieking about drag queens, gay marriage and all the other things that run contrary to her vile faith-based beliefs.

Roll on the day when a cure is found for the brain-destroying virus they call religion.