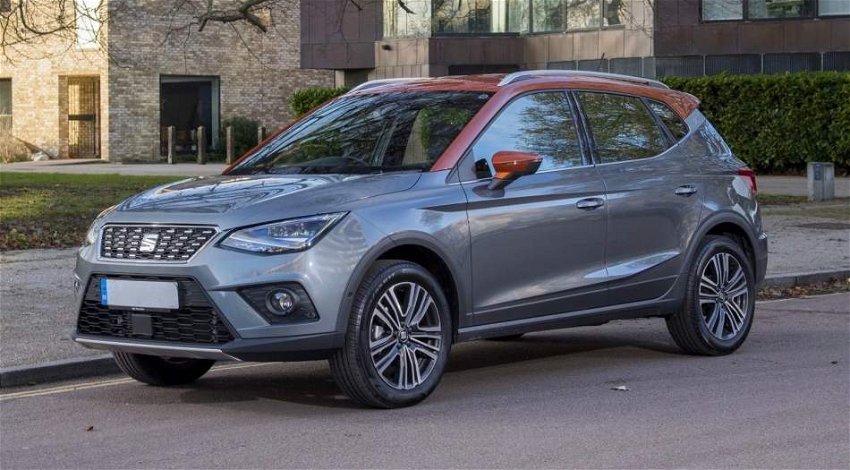 SEAT’s Arona may be mainstream compared to larger, more upmarket SUVs but is perfectly suited to smaller roads and city commutes.

Its more compact size allows for the best of both worlds, SUV practicality and driving feel while compact enough to be parked without too much hassle in our increasingly crowded cities.

Built around the Ibiza supermini it is SEAT’s smaller SUV and joins the larger Ateca and Tarraco SUV models. The crucial selling point of any SUV is looks, in other words, image is all. Or nearly all. Give your car the right looks (the right badge helps too) and you’ll sell lots of them to people happy to pay for the way their car makes them feel at the wheel. SUVs also make people feel safe because even in the smaller form they maintain a loftier driving style than a conventional car.

How does the new Arona fair on style? Pretty well, you’d have to say, with a chunky stance enlivened by crisp lines and hints of the no-nonsense solidity common to most cars produced beneath the VW Group banner.

It performs in perky enough fashion, with a 172 km/ph top speed and reaches the benchmark 100kmh in 11.2 seconds. Not the fastest of times but on the road, it doesn’t feel slow. The same 1.0 litre-sized engine is also available with 115 horsepower/cv and is in my view a better choice. The petrol range is topped by a 1.5-litre unit with 150 horses/cv. There is also a single 1.6-litre diesel engine option.

Inside there is plenty of space for driver and front-seat passenger and for a rear seat that won’t set adults complaining about legroom. The tailgate lifts to reveal a practical sized luggage area made better with fold-down rear seating.

Specification levels are competitive with the lead in the model having Bluetooth, auto headlights, a 16.5-centimetre colour touchscreen, cruise control, auto-dimming rearview mirror, air conditioning, DAB radio and alloy wheels. So little to complain there.

It all adds up to a very competitive, well–built and rather stylish addition to your garage.