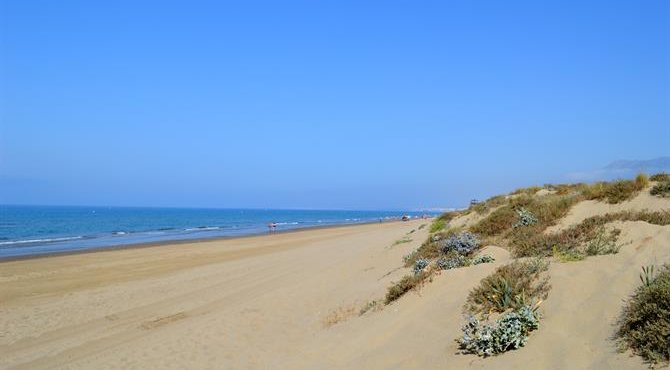 Expats residing on the Costa del Sol in Spain were left bewildered yesterday after watching the Prime Minister´s lunchtime speech on extra regulations being enforced in the Uk and then later in the afternoon seeing packed beaches at the likes of Bournemouth in the media.

Boris Johnson, who is already a villain to many ex-pats now residing on the Costa del Sol, as they blame him for restricting tourism trade and seriously affecting their livelihoods after he withdrew Spain from the “safelist” came under more fire this morning from very upset ex-pats.

“What on earth is going on with him?” demanded Lucy Cohen from Fuengirola ” It´s madness, first we see him basically cut off the life support to the Costa del Sol with his restrictions of travel to Spain and after all his talk at lunchtime enforcing more restrictions at home the beaches are packed like sardines in the afternoon – I tell you what, it´s nothing to do with Spain being unsafe, it´s to do with keeping the money at home, it all stinks and comes down to a political agenda”

Ken Johnson feels the same way, Ken told the Euro Weekly News of his current resentment: ” Here I am trying to earn a living with my wife and kids, who we had to take out of private school because we couldn’t afford the fees, and just as I thought things were getting slightly better, Bang!, they introduce the quarantine rules. It’s all over for us now, what can we do? no money and no prospects of earning any, we simply cannot last until next year. I heard that some bar owners in Fuengirola port have just upped-sticks and left. We may have to do that soon too. There are no tourists, just locals and they don’t have the money to keep us all going.”

Everyone agrees, for Spain to recover Britain HAS to overturn the quarantine rule, it is killing the economy and even with the ECB loan, Spain may never be the same again. TW