Gibraltar does a U-Turn and the Rock Remains in Lockdown 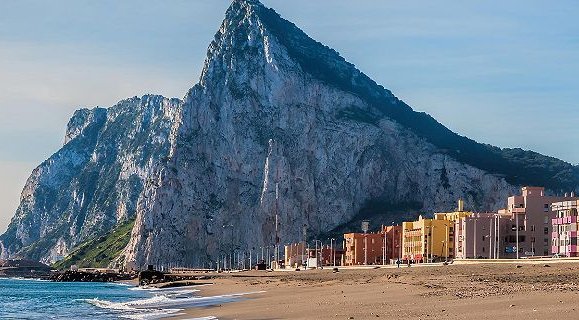 Gibraltar has delayed unlocking the Rock today due to current Covid-19 situation.

The lockdown restrictions were due to end today but Gibraltar will remain in Phase 6 for the time being. The Gibraltarian government has decided it will not go ahead and ‘Unlock the Rock’ today, marking the end of all of the restrictions in force because of the coronavirus crisis, on 1 August after all.

At a briefing on Monday, chief minister Fabian Picardo announced that Gibraltar will remain in Phase 6 of the easing of restrictions for the time being. On Friday Picardo confirmed there would be no modifications to the existing restrictions in Phase 6. Where masks are required, he said, this will be more strongly enforced, he also said though that they couldn’t rule out compulsory masks in future.

Picardo said: “The virus is back in our community. We are seeing community transmission again. Please, be careful”. Referring to the situation in nearby countries, he said, “We are far from being out of the woods, it is NOT all over.”

Gibraltar and other British overseas territories will, however, have a unique advantage when a vaccine is discovered as it will have access to the UK’s NHS stocks.

The decision was taken after advice from public-health experts because Gibraltar saw five new active cases of Covid-19 on Monday after several weeks with none (two residents and three visitors, all of whom were self-isolating and none in hospital).

Another cause for concern is that there have been spikes and an increase in infections in the nearest countries, including Spain, Morocco, Portugal and the UK. Although not close to Gibraltar Germany and France have also recorded surges in new cases also.

Picardo said on Monday that Gibraltar is like “a dry bush between two raging fires” and it is essential that it does nothing to cause the fire to head in its direction- a phrase used on a previous occasion by public health director, Dr Bhatti,

Seven new active coronavirus cases were reported in Gibraltar on Thursday. Four were residents and the three others were visitors who are believed to have been crew members that had flown in to join their ships docked there. They are always automatically tested for coronavirus before being permitted to do so. In this case, they were all found to be asymptomatic.

Gibraltar has been implementing a massive scheduled, random and voluntary testing scheme and its track and trace app has now been in operation for several weeks. The situation is being very closely monitored and further statements regarding the lockdown will be made soon.