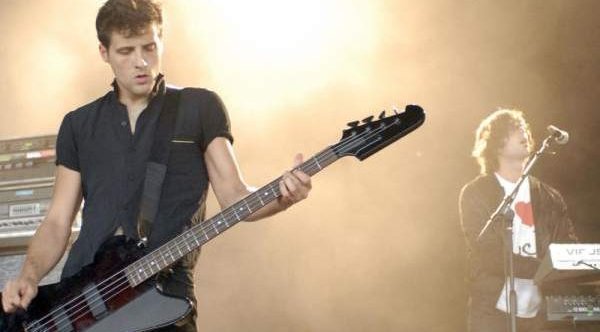 She rose to prominence as Ginger Spice, in the Spice Girls. With over 85 million records sold worldwide, they became the best-selling female group of all time. In 1998, Halliwell left the group to pursue a solo career but returned when they reunited in 2007.

Best known for roles in movies ‘The Devil’s Advocate’ and ‘Mad Max: Fury Road’. She took on the unglamorous role of a serial killer in the movie ‘Monster’ which won her several awards including the Academy Award for Best Actress.

American musician and former bass guitarist of now-defunct New York rock/electronica band The Bravery. He is currently the bassist of Gone Sugar Die.

The Bravery played at the Glastonbury Festival in 2005 after a year of success and growing popularity. With their set due to be broadcast live on daytime TV,  it had to be moved until after the watershed as Hindert stripped naked on stage.

Born in Elgin, Scotland, he was a member of the local amateur dramatic group before studying drama at Edinburgh’s Queen Margaret College. After playing Tommy Mackenzie in Trainspotting, McKidd starred in TV and films on both sides of the pond before playing Owen Hunt in Grey’s Anatomy.

He began his acting career with a series of films by director Pedro Almodóvar before appearing in Hollywood films, such as Philadelphia and Interview with the Vampire.

For the 2019 film Pain and Glory, he earned the Cannes Film Festival Award for Best Actor.

Hogan is the most recognized wrestling star worldwide and the most popular wrestler of the 1980s. He began his professional wrestling career in 1977 but gained worldwide recognition after signing for World Wrestling Federation in 1983.

Signed with Storm Management after leaving school, she won Model of the Year at the British Fashion Awards in 2012 and 2014. Delevingne started her acting career with a minor role in the 2012 film Anna Karenina and now has a leading role in steampunk series Carnival Row.

Thank you for reading about Celebrity Birthdays, you may also like to read about This Week in History