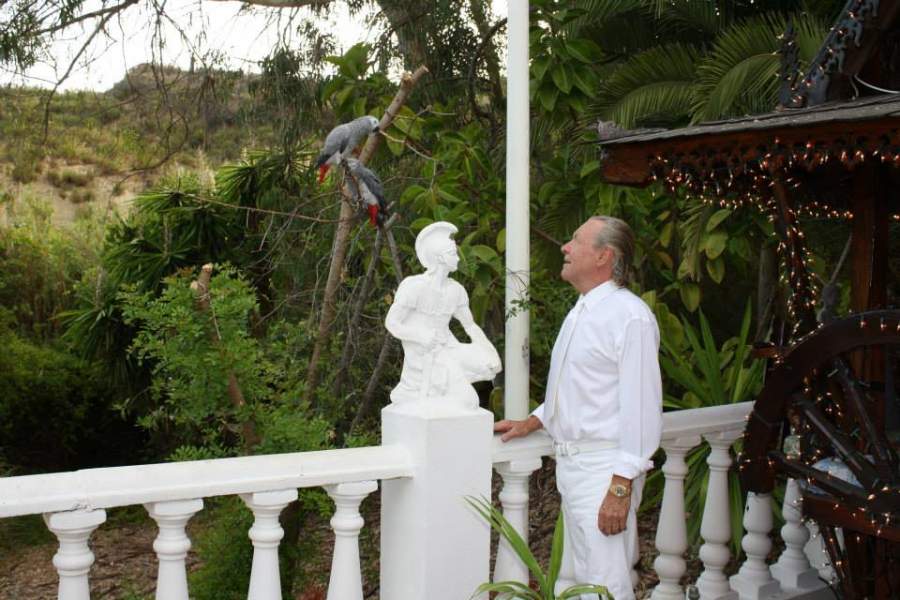 Paul and two of his African Grey Parrots Credit: Facebook

THE Costa del Sol has been a magnet for special characters, one of whom, Paul Hickling arrived in his yacht at Puerto Banus 42 years ago and has been in Spain ever since.

He purchased some land in Manilva and literally installed water, electricity, sanitation and built a boutique hotel which eventually became the Roman Oasis, a name to conjure with.

Things change and people age and last year after more than 35 years in business which had seen so many visitors to the restaurant, Paul decided to close down with just a couple of charity events taking place.

Now he has advised his friends that he set sail from Lymington on August 6 to find his new world and now on the same date he is starting on a new journey similar to that taken by Forrest Gump.

He is frustrated by the cancellation of journeys to the UK and Thailand due to coronavirus and he has itchy feet so he is going for a walk.

He will be following the words of Bob Dylan’s No Direction Home and will drive to Estepona Bus Station, park and start walking in an easterly direction to eat up several kilometres.

Paul says that he doesn’t know how far he will get or even where he will lay his head but it’s a new adventure that he wants to enjoy and it beats painting 120 chairs!

Michel and Steven Euesden proprietors of Euro Weekly News have known Paul as a client and a friend for more than 20 years and wish him all the very best in his latest quest.