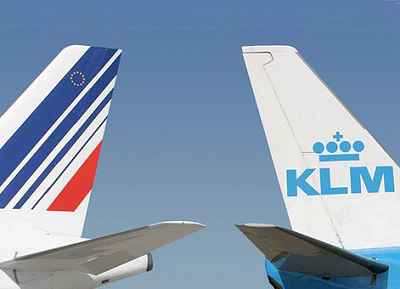 TRAVELLERS from Belgium arriving in Norway will have to spend 10 days in quarantine from August 1 upon arrival in the country. The Norwegian government has changed Belgium from Code Green to Code Red in light of the ongoing virus spread in the country.

THE Belgian economy contracted by 12.2 per cent quarter-on-quarter in the second quarter and 14.5 per cent year-on-year – the biggest contraction since the quarterly GDP series has begun after the 3.5 per cent contraction in the first quarter.

AIR FRANCE KLM lost €17 million per day this quarter. What was a profit of 1.976 billion last year has turned into a loss of 1.553 billion. The group, backed by the governments of France and the Netherlands, is solvent because it has €14 billion in liquidity.

FRANCE is to outlaw trapping birds using sticks covered in glue after the European commission threatened legal action and fines. Hunters argue the method – known as chasse à la glu – is a centuries-old rural tradition and say they are being persecuted.

THE number of asylum seekers submitting their first request for refugee status in the Netherlands fell by 72 per cent to 1,265 in the second quarter of 2020, according to new immigration service figures. In April, there were just 275 applications.

Netherland’s statistics office has revealed that between March 9 and May 24, coronavirus mortality was between 8,593 and 11,691, while official figures reported by the National Institute for Public Health show there were 5,900 deaths in that 11-week period.

NORWAY’S overall rate of unemployment fell to 8.2 per cent in July from 9.6 per cent in June and 15.4 per cent in early April, as companies brought back more workers furloughed by the coronavirus pandemic, according to the Labour and Welfare Agency (NAV).

NORWEGIAN officials are contacting passengers who travelled on two Arctic cruises after dozens of people — including at least 36 staff — tested positive for coronavirus. The Norway-based luxury cruise liner, Hurtigruten, was the first to begin sailings in June after three months, according to a Reuters report.

SHIPPING company Tallink Silja has suspended ticket sales for trips between Stockholm and Turku on the Batic Princess, which means customers can’t depart on one-way cruises from Stockholm, though there will be return trips for essential purposes.

A 12-YEAR-OLD girl was killed in what Swedish press described as a drive-by shooting south of Stockholm.

According to the Expressen newspaper, she was hit by a stray bullet fired from a car aimed at two men with alleged links to a criminal network.

EUROPEAN ENERGY is to sell the 50MW Hanstholmvej solar farm in Denmark to German investment management company LHI Group for an undisclosed price. The pioneering bi-facial modules mean the panels absorb sunlight from both sides.

THE Søllerød Gold Diggers will hit the field Saturday, August 8, to take on the visiting Allborg 89ers in the first game of the Danish National League’s ‘post COVID-19 lockdown’ season  – the second league in the world to play since the pandemic.

GERMANY’S defense ministry officially disbanded a company of its Special Forces Command (KSK) on Saturday, August 1, following claims it had been exposed to far-right and neo-Nazi ideology. Annegret Kramp-Karrenbauer said the KSK’s 2nd Company was building a “wall of secrecy” around itself.

Mandatory testing of travellers returning to Germany at airports and train stations from countries with a high risk of COVID-19 infection will take effect later this week, Health Minister Jens Spahn has confirmed.

FINLAND’S Prime Minister Sanna Marin, 34, married her longtime partner Markus Raikkonen in a small ceremony on Saturday, August 1, with just family and their closest friends present, the Finnish government said in a statement.

Finland suffered a tragic Saturday, August 1, on the roads, with four people dead in separate traffic accidents according to police reports from across the country. The fatalities occurred in Tuusula, Heinola, Karkkila and Kangasniemi.