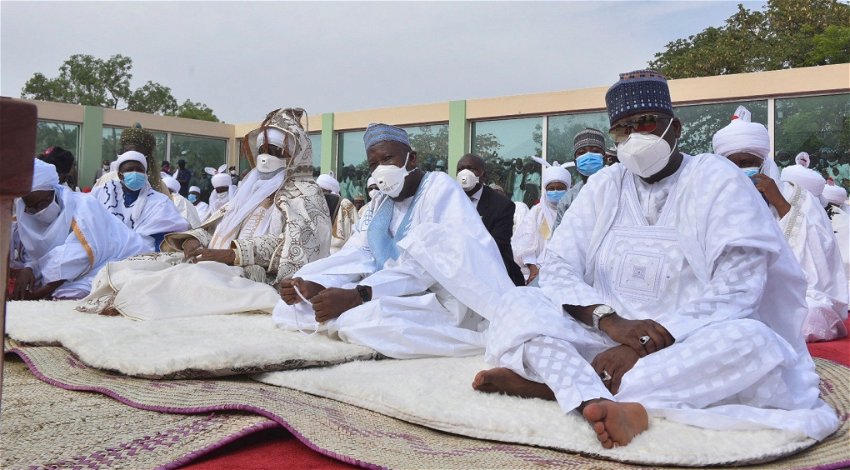 ON the eve of Eid, which is loosely the Muslim equivalent of Christmas, the British government announced they were relocking down selected areas of the UK.

It was not rocket science to realise that on closer inspection, these were in the main, parts of the country where the residents were predominately Muslim or ethnic. For regular readers, I don’t need to reiterate a column of many weeks ago, where I reported that a number of these areas were simply ignoring the government warnings and indeed in some cases being told not to worry because this virus ‘could not harm a hair of true believers’ and was merely ‘Allah’s revenge on the Infidels!’

This latest government order ordained that for at least another two weeks those living in these areas would not be allowed to meet up in each other’s homes or gardens. This, of course, is precisely what is customary during the Eid celebrations.

Frankly, to me, these instructions were so obviously directed at the Muslim population I thought the government had either finally grown a pair, or were in fact so naïve and knuckle-headed they thought it wouldn’t be noticed. Ha! Some ‘opes. I could actually hear the screams of ‘discrimination’ and ‘racism’ from here.

Lo and behold a few hours later, in a hasty move that reeked of total panic, there was another governmental decree. They had now decided to reverse a recent directive in these areas and also re – ban the public from all sporting events, including indoor gyms, dance studios, bowling alleys, water parks, casinos and swimming pools. Weddings would also once again be restricted to 30 people.

In other words, any establishment that the indigenous locals could have attended for a little social enjoyment was having their imminent opening permissions rescinded – thereby putting everyone in the same miserable boat, which neatly (or clumsily!) sidestepped any accusations of the government singling out any particular section of the population.

In other words, because of the lack of compliance and flouting of the regulations by a few super spreaders, the whole of the local population have been made to suffer, purely to avoid certain sections of the populace feeling picked on or becoming ‘offended.’

To me, it’s the weak, capitulatory appeasement of a lily-livered government that is actually the most disquieting. It also proves how assured they are that the beleaguered silent majority would be afraid to raise even a peep of discontent. No, the fact is that until we get some truly patriotic strength at the top, the future of the country and culture our ancestors fought to preserve is extremely precarious indeed.

As a final word, and although I don’t always agree with many of his right-wing views, I also found it disgraceful that last week Tommy Robinson and his family had to flee the country of his birth because his home had suffered an arson attack and they were in fear of their lives. How’s that for the wonderful land of British democracy and equality?