After the eruption – by columnist John Sharples 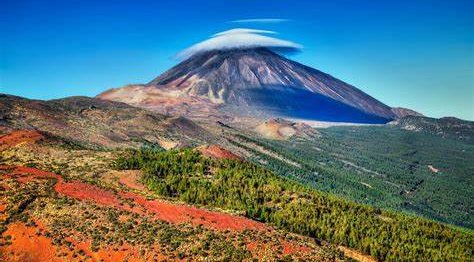 Everyone who lives in Tenerife knows that the volcano is only dormant.

I USED to live on the island of Tenerife. I loved the place. I had homes in both the north and south of the island. Mount Teide, the highest peak in Spain, dominates the island. I could see it from my bedroom window when I lived in the town of La Orotava.

The island was formed from volcanic eruptions over history. Everyone who lives in Tenerife knows that the volcano is only dormant. It could go off and lose its head at any moment although it would probably be a minor eruption. The last time it had a blast was in 1909 and one person died because they got too close to the fumes.

Mount Vesuvius in Italy is a completely different story. This is a volcano that hadn’t erupted in known lifetimes. Nobody actually knew that it was a volcano. When it finally spent its fury, it was a shock. The volcano completely covered the whole city of Pompeii and Herculaneum.

These days, Pompeii is still being excavated and it is a major tourist attraction. This does not mean that the area is safe. Vesuvius could erupt at any time but it doesn’t stop the local people from continuing their lives there.

I feel that there are similarities to the Covid-19 virus scare that we are going through. It has happened and it has killed people but we are still carrying on with our lives. It has destroyed families but there are many who carry on living their lives under the possible threat that it may return.

I personally feel that we have to carry on. We have to move forward. It is too easy to shrink away and hide. That is not living. Living is enjoying life. Truly enjoying life is living life to the full. I completely understand that there are a number of folks who are too scared to go back to their normal routines. I also know that a great deal of a fair amount of people are feeling vulnerable. They may have medical issues that make them an easy target for the virus.

Whatever issues we have to take into account on a personal level we must also not lose sight of the fact that we have to live our lives as though every day were our last. It is far too easy to forget that.

So, it’s masks on and out we go and let’s see what another beautiful day brings our way!