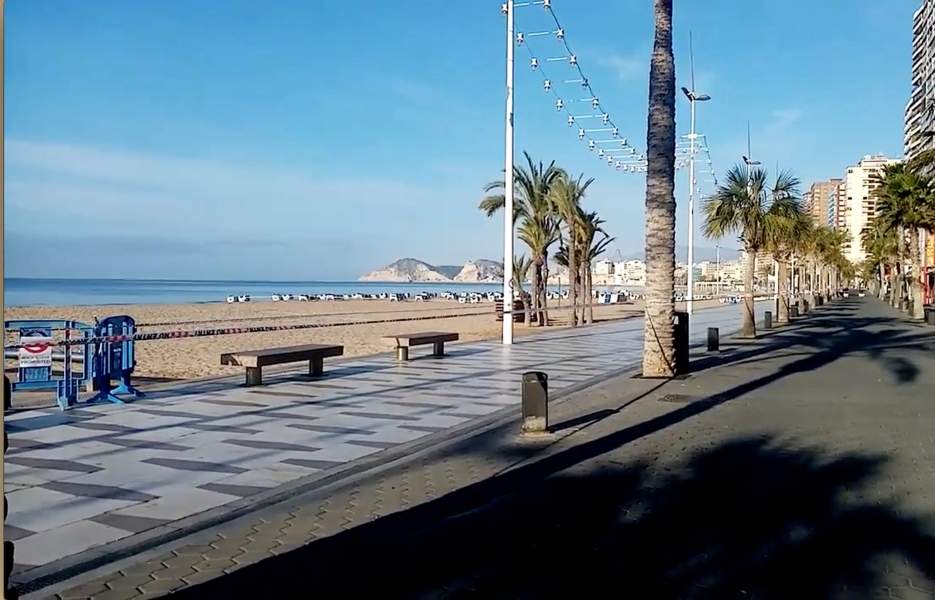 Flight cancellations cause devastation for businesses in Benidorm. image: Twitter

British Holidaymakers to Spain’s Benidorm have flights cancelled for the THIRD time by Jet2 putting hundreds of businesses in jeopardy.

Jet has cancelled flights for many British holidaymakers who had booked to go to Benidorm in October leaving thousands to try and claim a refund or accept a voucher to rebook later on. Bar and restaurant owners are ‘holding on for dear life’ said one owner. “We are literally surviving on fumes up here. As flights get cancelled that’s another nail on the coffin for another business. I’ve never seen so many for-sale signs in the town, people just cannot live on anything, it’s a disaster. It will be a ghost town in the winter, that’s when people will realise its too late to save the place”.
Facebook users took to the social media platform to vent their anger in their hundreds, here are just a few:
Danielle.C. said on Facebook: Holiday been cancelled 2nd time with Jet2 for October no Benidorm for us this year – hopefully next year x. Was originally 23rd October change date to 22nd October and that flight been cancelled too and flying from Stansted x. tbh don’t think many hols will go ahead this year sad really.

Another user said: We have returned home from Benidorm today and I can honestly say I have returned with SO much respect for Spain.
What an eye-opener … What on earth do we in the UK have to complain about ??
I can not fault anything about my experience in Benidorm, in fact, it was a breath of fresh air to see and be part of everyone respectfully staying safe and following the guidance to protect themselves, others and their livelihoods.
Christine H. said: We had Greece cancelled, going to Beni in 31 October with Jet 2, expecting it to be cancelled too.
Kelly C. said: I have had mine cancelled 4 times now. Flying from Stansted to Benidorm. Last time I was cancelled I changed the flights from Tuesday to Monday and yesterday I’ve been cancelled again -think I’ll just take the refund this time…
Margaret J. had a good point: We are booked to go out on the 7th November Jet2 now asking us not to pay the final balance 6 weeks before we go instead of the 11 weeks you normally pay the balance… I’m thinking that’s probably because they will probably cancel the holiday. I’m normally very positive but on this one, after what happened in March to us 2days in lockdown and flown back I can see this holiday won’t happen until next year
It’s not just Jet2 cancelling flights.
Darren S.
Mines been cancelled 24th Oct from Doncaster with Tui!
The economic impact on Benidorm

Spain’s tourism industry continues to feel the impact of the coronavirus crisis. According to figures published Monday by the National Statistics Institute (INE), just 204,926 international visitors arrived in Spain in June, a drop of 97.7% from the same month in 2019. This culminates the worst semester on record for the Spanish tourism industry, with just 10.78 million visitors, a fall of 71.7% from the same period in 2019. Tourist spending in the first half of the year has also plummeted 70.6% to just €11.84 billion.

This means that the sector has lost €27.3 million visitors and €28.4 billion in revenue in the first half of the year compared with the same period last year. And the new outbreaks, coupled with travel advisories issued by several countries, suggest that things will not improve significantly during the second period. They are real concerns that Benidorm will not recover from the crisis if airlines continue to cancel flights.