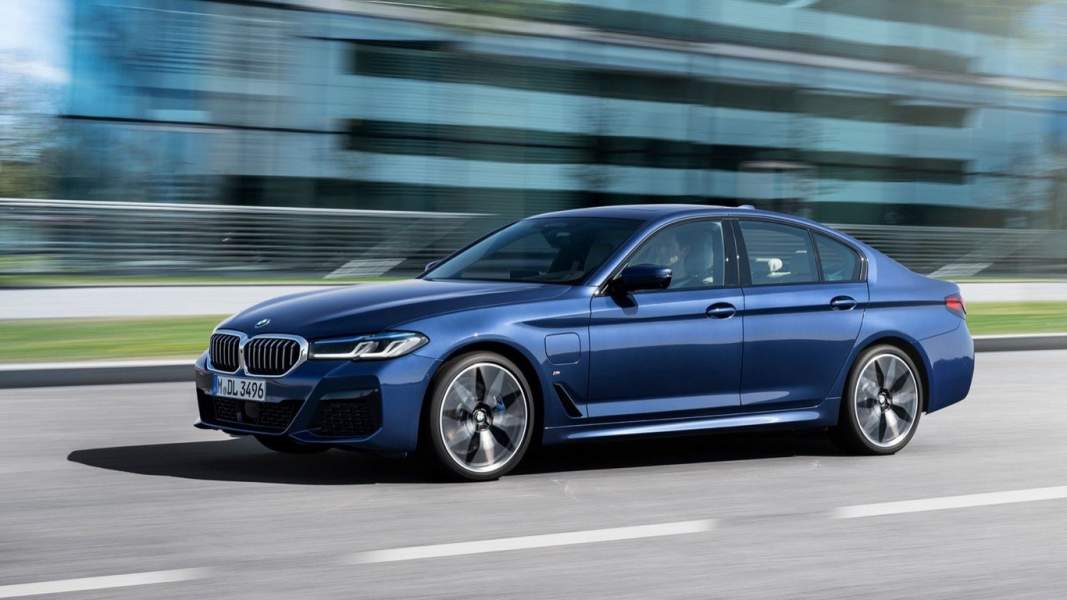 The xDrive shares the same plug-in hybrid powertrain as the newly launched X5 xDrive45e SUV, with a turbocharged 3.0-litre straight-six petrol engine, an 11.2kWh battery pack and an electric motor, giving a maximum output of 387bhp and 600Nm of torque.

BMW’s most powerful PHEV powertrain gives the 5 Series a 0–62mph time of 4.7 seconds, a top speed of 155mph and, more importantly, a maximum electric range of 33 miles. Fuel economy figures for the xDrive come in between 117.7–166.1mpg. CO2 emissions figures are between 38–54g/km of CO2.

With the new model based on the facelifted 5 Series, it has gained all the cosmetic and technology upgrades fitted to the updated standard model. So, buyers get a slightly tweaked radiator grille, slimmer LED headlamps and updated front and rear bumpers. Inside, there is added support for Android Auto to its 12.3-inch infotainment system.

The 545e xDrive forms a key part of BMW’s latest electrification strategy, which is focussed on expanding its pure-electric, PHEV and mild-hybrid models. BMW hopes that 50 per cent of European sales will be electrified by 2023 – although the brand will continue to improve and develop its combustion-engined models too, as BMW is aware that not all of its customers are ready to make the jump to an electric powertrain yet.

BMW sees PHEVs as a compromise between the convenience of petrol power and fully electric. BMW has attempted to make the new 545e act like an EV by installing new geofencing technology that automatically forces the saloon to run in pure-electric mode when the car recognises it’s in a built-up area.