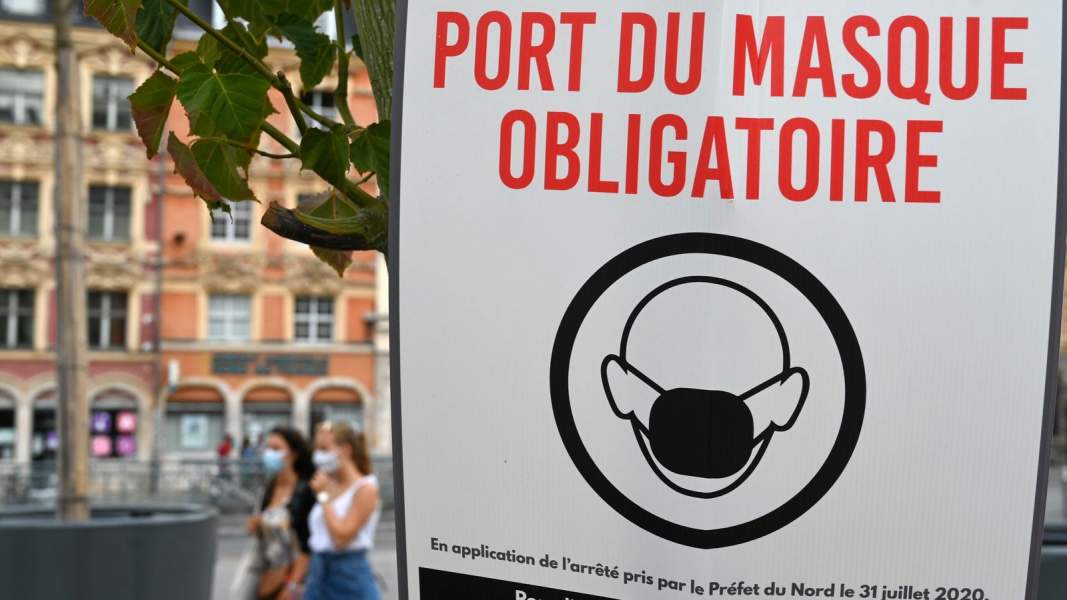 Many French cities and towns have made face masks compulsory in busy outdoor areas, as the country suffered its biggest rise in coronavirus cases in two months.

France has reinforced mask-wearing as part of its efforts to curb a resurgence of the coronavirus. As was expected, face masks will become compulsory in France’s capital in outdoor crowded zones from Monday morning. The measure will also apply to Paris’ suburban zones. Children under 11 will be exempted from the new rules.

The French health authorities confirmed in a statement on Saturday that the virus was ‘more active’ in Paris and its suburbs, with 400 people in the region alone testing positive for COVID-19 every day. The 20-30 age group was particularly affected, the statement said.

Paris’ left-wing mayor Anne Hidalgo had already called on the police to make masks mandatory in parts of the French capital, notably on the Seine river embankment and in open-air markets. Following the government’s green light to let local authorities impose region-specific rules, many French coastal towns had made face masks compulsory in areas frequented by tourists.

Britain is thinking of quarantining arrivals from France

On Friday, France reported 2,288 new infections, a stark increase on the daily figure from previous weeks, indicating a 40% rise. The government’s COVID-19 scientific council had warned this week that France could ‘at any moment’ lose control over the spread of the coronavirus.

Developments are being closely watched in Britain, where press reports have suggested the government could at any moment add France to a list of countries from where inbound travellers will need to quarantine for two weeks.

On Thursday, Norway said people travelling from France and a handful of other European countries would have to quarantine for 10 days upon arrival, citing an epidemic trend that ‘is moving in the wrong direction’.

Asked whether tourist destinations such as France could be next to be added to the quarantine list, Mr Sunak said the government was keeping the situation “under constant review” and that people should “be mindful” of the risk of disruption to travel given the global pandemic.

Share your story with us by emailing [email protected]eeklynews.com, by calling +34 951 38 61 61 or by messaging our Facebook page www.facebook.com/EuroWeeklyNews