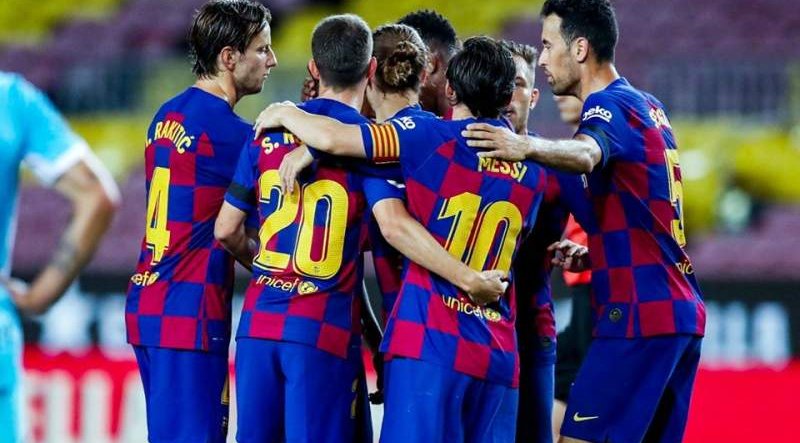 BARCELONA FC has confirmed that one of the nine players who began the pre-season yesterday has tested positive for the coronavirus. This comes as no surprise as the region of Catalonia, and Spain, in general, is seeing a steep rise in the number of cases.

Thankfully, none of the players has come into direct contact with members of Barca’s first team, therefore Barcelona will still be able to participate in the Lisbon Champions League. The team has also announced that the infected player is asymptomatic and currently isolating at home, as recommended by the health authorities.

Although the player is now in isolation, all of his close contacts and latest encounters have been advised about the infected footballer’s state. The team has not disclosed the identity of the infected player. However, we can deduce that it is one out of nine as the medical examination was conducted for players returning from a loan as well as the newest addition to the team – Trincāo.

Therefore, the infected player is one out of nine. This means either Trincāo, Pedri, Matheus Fernandes, Todibo, Wagué, Aleñá, Rafinha, Miranda or Oriol Busquets are positive for Covid. Due to this positive diagnosis, the nine players will all have to undergo follow-up PCR tests in the next few days.

If the players all test negative they can recommence training. In the meantime, they will all remain in quarantine. The first team made up of Messi and the rest of his team players underwent a PCR test yesterday at the Joan Gamper Sports City and they have all tested negative.