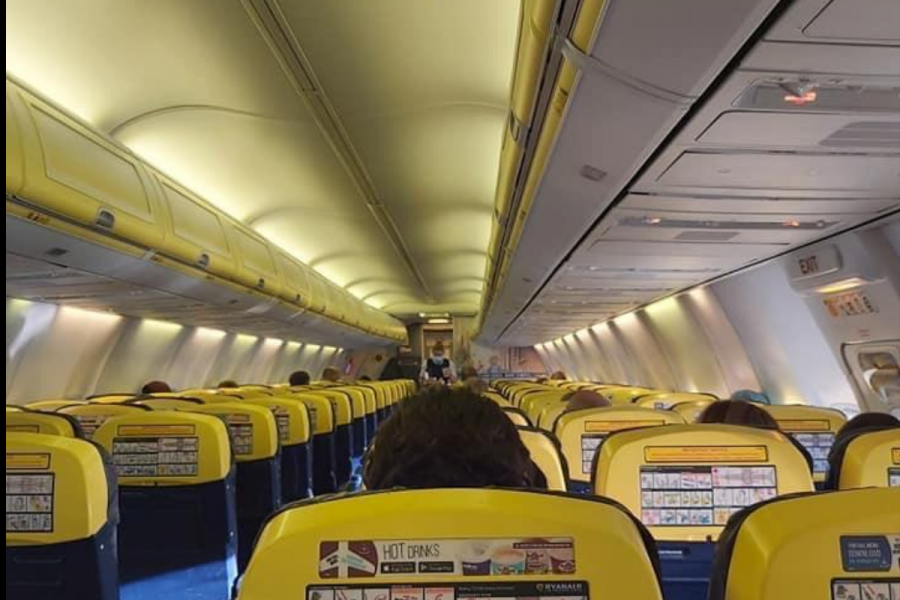 ANOTHER stubborn mask flouter has been detained after arriving at the airport in Spain’s Costa del Sol. The individual was threatened with a flight diversion for refusing to comply with mask-wearing policy but ultimately the passenger was detained upon arrival.

A British expat shared her most recent travel story which highlights the importance of wearing a mask when travelling during the Covid crisis. The woman had been visiting her family before boarding the Ryanair FR2156 flight from Birmingham to Malaga’s Costa del Sol.

When she initially boarded, she asked how many passengers were on the plane with her. The airline crew responded that there were 56, however, at the time of disembarking the plane, there was only 55, as one stubborn mask flouter was escorted off by Spanish police.

According to the Brit, who got quite the delight out of seeing how the police dealt with the situation, there was a man who refused to put his mask on during the flight. The pilot was threatening him and warning that if he did not wear the mask, the flight would have to turn around and land once again in England. However, they were so close to the Costa del Sol that the pilot’s threats were empty.

As soon as they landed, the crew told all passengers to stay in their seats with their seatbelts fastened. The stubborn man who refused to wear a mask had realised that he had come too far. He could not face having to go back on his decision and therefore carried on with his stubborn ways.

The Brit documenting the trip recalls how, had this happened in the UK, a pair of policemen escorting the man off the plane would have been highly unlikely. The moral of the story, she contends, is “wear your mandatory mask on the plane and have respect for the workers and passengers.” Although the final verdict of this passenger’s fate is yet to be revealed, it can be assumed that they were either left to enjoy their holiday, or, more likely, heavily fined for their non-compliance and horrific attitude.