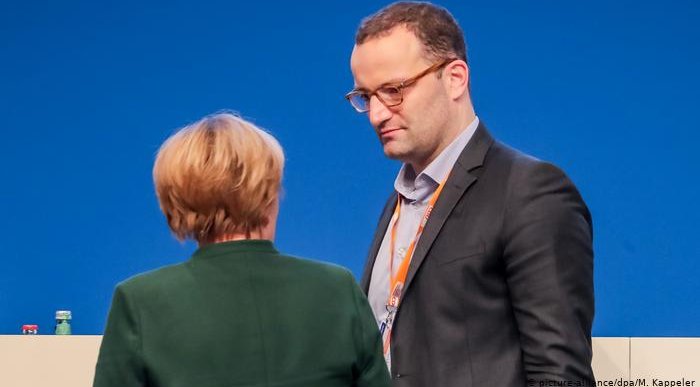 The German health minister reported 1,226 new infections- the worst since May. image: Twitter

Germany has suffered its worst daily spike in coronavirus cases since May and is blaming alcohol-fuelled parties for the rise.

CONCERNS are growing over rising Covid-19 infections in Germany as the health minister reported 1,226 new infections – the worst since May.

Germany’s government has urged citizens to keep their guard up and observe public health guidelines, as new Covid-19 infections reached a three-month high and schools reopened in the country’s most populous state.

Germany’s response so far has been widely regarded as successful in slowing the spread of the pandemic, until the country’s disease control authority today reported 1,226 new infections that is. That was the highest number since early May, although the figure has topped almost 1,000 new cases on several days recently.

The health minister, Jens Spahn, said today there were outbreaks happening in almost all of Germany and warned that every new case was making it harder to track-and-trace infections and contacts.

He also added that the rise was in part being driven by parties and family gatherings – “the virus can spread quickly when there’s alcohol involved,” he warned.

Health Minister Jens Spahn said the increase was due, in part, to people returning from holidays and reminded the public that Germany has warned against non-essential trips to parts of Spain where outbreaks are still active.

The foreign ministry said it had recently also (Tuesday) added a partial travel warning to the Spanish capital Madrid and the Basque region amid rising infections there. Travel advice and warnings were already in place for the regions of Aragon, Catalonia and Navarra. Germany has now recorded more than 9,000 coronavirus-related deaths since the pandemic began.

The minister also strongly criticised Russia’s approval of a coronavirus vaccine in a radio interview with the broadcaster Deutschlandfunk, saying Moscow is not “transparent” and that a vaccine without proper testing could be “dangerous.” When asked why Russia was first to introduce a vaccine he remarked:

“It is not about being first, it is about having an effective, a tried and with that a safe vaccine, to have trust in such a vaccine I believe it is important to do the necessary testing even in times of pandemic and to make everything public.”