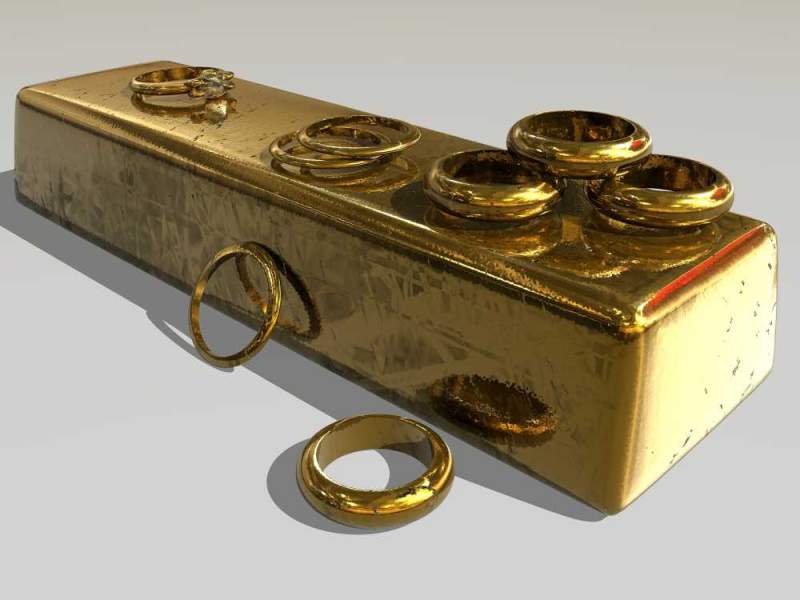 Gold has been a very volatile metal which has seen significant rises and falls but during times of stock exchange and financial difficulty, it has generally proven to be a good investment provided that you know what you are doing.

If you are mega rich then you can gamble on gold futures or buy kilo bars which do not generally attract additional purchase tax in most countries but for the smaller investor or for someone who has old gold for sale, there are a number of potential pitfalls.

Generally speaking, gold comes in three different carats which are 9, 18 and 24 and refer to the number of parts of gold for every 100 parts of metal, thus 9 carat contains 37.5 per cent of pure gold, generally mixed with silver and copper.

18 carat gold contains 75 per cent pure gold mixed with silver and/or copper whilst 24 carat cold is 99.9 per cent pure.

Gold is normally priced per ounce but prices quoted on bullion exchange sites are an average between buying price and selling price and dealers also look to make a mark up when trading.

If you are purchasing gold jewellery in Europe, do so for its aesthetic value to you rather than in expectation of profit as it tends to be marked up between two and three times spot plus it is vatable in most countries.

Second hand jewellery is a better bet as it is often sold at a percentage over spot and without tax but if you come to sell it you can often find that the purchaser offers a poor percentage of spot price.

Many people think that the best way to invest in small volumes of gold is by purchasing gold coins and to a great extent that is absolutely true but always remember the phrase Caveat Emptor (let the buyer beware) as there are two types of gold coin issued by banks and governments throughout the world.

Proof coins are promoted as being great investment options, but this is rarely the case – they are produced solely to allow governments and entrepreneurs to make significant profits by selling these coins at prices well over spot and they often attract vat.

If you purchase a single 1oz Bullion coin such as a Krugerrand, Canadian Maple Leaf, Royal Mint Britannia or one of many more legal tender bullion coins, you could obtain a single coin which has no vat at around 5 per cent over spot and for larger quantities, percentages will be smaller.

History has shown that whilst gold prices go up and down, those who purchase wisely are likely to see a long-term return on their investment and have a portable method of holding wealth which is easily realised if a sale is necessary.