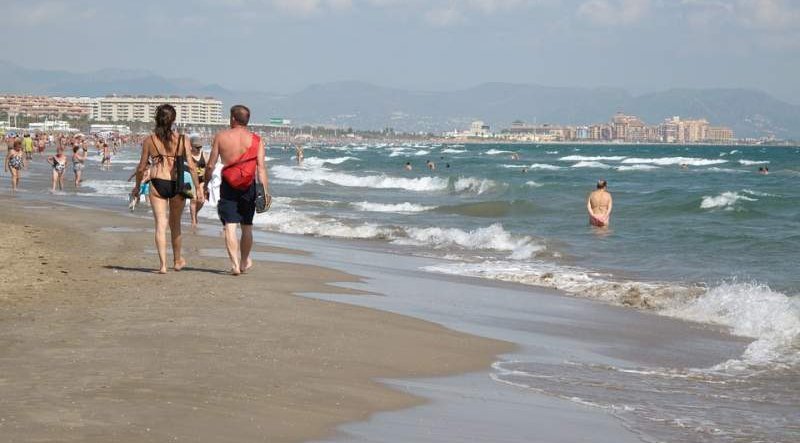 “LET’S not give up on the winter without a fight.” This is the optimistic message from Costa Blanca’s hospitality sector which has confirmed hotel occupancy is up with August getting off to a healthier start than July.
The region’s hotel association, Hosbec, attributes the slight upturn to the domestic and local market and said in a statement “hotel occupancy is improving in these first days of August.
“The hotel sector of the Valencian Community faces the most strategic weeks of the tourist season with better data than those recorded during July.”
Hotel occupancy during this first week of August has oscillated between 61 per cent of the hotels on the Costa Blanca, 46 per cent in Benidorm, 44 per cent in Valencia City and 45 per cent in Castellon.
It is believed between 10 and 20 per cent of the visitors are foreign tourists, depending on the area, with the remainder likely to be Spanish and expats.
Hosbec president, Toni Mayor, reminded the government that “this difficult stage could have been positive with better planning and control, which should serve as a lesson to face the autumn and winter with a strategy to protect the sector and a substantial improvement in the data on infections by Covid-19.”
“Let’s not give up on winter just yet,” he added.
The association and its members recognise “there is a lot of stagnant demand and a desire to travel, and not only among the British… this is why hoteliers are sending an optimistic message, especially to the Spanish government.”
And the message is this: “We shouldn’t consider autumn-winter to be lost without a fight. We must stabilise and reduce the contagion to the levels of the end of June, and we must take extreme security measures so that the same thing does not happen, and lift the restrictions of the European countries.
“If they control the health situation, we can do so just as effectively. And if we manage to do it in four weeks, we will still be able to recover the tourist pulse, even if it is only partial,” stressed Mayor.