Expats, the Mother Country needs you! 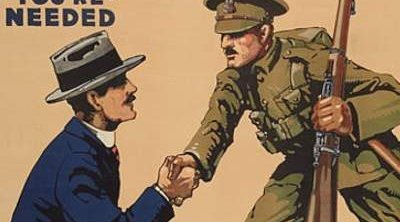 I ANTICIPATED a robust reaction to a question I posted on Facebook last week, but I hadn’t bargained for the outpouring of derision and fury it provoked.

This is what I posted on the Brexpats in Spain page: ‘How many of you are prepared to return to the UK to help it out in its hour of need?

‘I ask because I received a message on FB that got me thinking about writing a column for Euro Weekly News. The message reads, in part, “it is time for expats to return home and rally to the mother country at its time of need. We have an economy to rebuild and we face huge challenges from the virus, from the short-term impact of Brexit, and the ‘woke’ fifth columnists undermining us from within”.’

It damn near caused a riot. Within 30 minutes 115 people had left comments, many of which cannot be repeated in a family newspaper. The page’s administrator was forced to close down the thread when it looked like it was getting completely out of hand.

Many excellent points were made, but to my mind, the best was posted by Iain Henderson who pounced on the term ‘fifth columnists,’ meaning the enemy within.

He pointed out that the UK ‘isn’t at war with the EU … We are not dealing with spies, saboteurs, or irregular forces. This is a story of a small island nation which has taken its ball and bat home. It’s now having a childish tantrum as it’s facing a long period out in the cold with no agreement with its biggest trading power.

‘And no. I won’t be going home to help Blighty in its hour of need. This is an act of sabotage of epic proportions and the tragedy is that we have done it to ourselves.

John Perry added: ‘I am one of those ‘woke fifth columnists’… We are disenfranchised exiled patriots. We love our country and want the best for it. We came to Spain as Euro Brits.

‘England is presently in the hands of the very worst third rate leadership, governed by Johnson, a pound shop Donald Trump. There is no place for me at the moment there.

‘I expect the union to break up and Brexit to utterly destroy the economy. Covid will simply intensify the disaster already inflicted on it by a half-witted, post-imperialist deluded electorate.’

My own view? Let the thousands of expats who voted to leave the EU return to sort out the current mess and the far bigger one looming on the horizon.