What happens if you don’t take your children back to school in Spain in September for fear of the coronavirus? 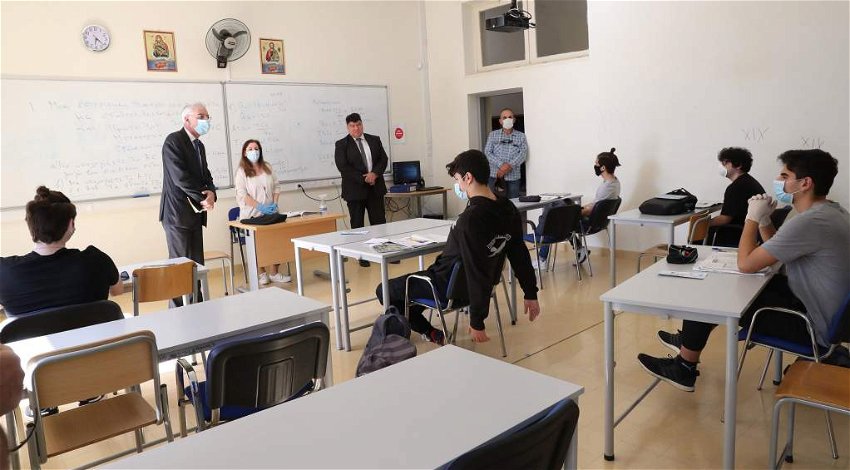 Back to school in September? Not all parents agree. image: Twitter

Parents of students ready to go back to school in September are divided whether to send them back or not over coronavirus fears.

BRITISH expats and Spanish nationals are faced with a serious dilemma about whether to risk fines or expulsion from schools or colleges if they refuse to send their children back to education over coronavirus worries.

It’s a ‘hot topic’ at the moment across Spain, do you send the kids back – or wait a while to see what happens?

After so many notes the school would need a doctor’s note – if you are saying it’s a medical problem. Parents that I spoke to said that in the past they managed to keep the kids away for over a month. They were mainly expats who told the school they had marital problems and either the husband or wife was in the UK and the child was upset – a host of reasons.

After about a month, the school’s administrator would then decide if they need to denounce you – report you to the police, where, should it go to court, you could explain to the judge your reasons for not sending your child or children to school. This is where it gets interesting because this is a unique situation, it has never happened before and many people think courts will sympathise with parents, after all, they, the judges, have similar concerns too!

Although in theory, the directors could report you to the education authorities, they rarely do. After all, you are paying for the education facilities and if you decide not to use them then it’s you and your child’s loss. However, that does not mean you will not get contacted by the school or college, private education centres in Spain tend to be very caring about their students and strive to keep standards high – they can’t do that if your child is not present!

It’s not just Spain! – over 500,000 Britons have signed a petition calling for the right to opt-out of sending their children back to school. When schools in Denmark reopened in April some parents kept their children at home, saying they didn’t want them to be “guinea pigs.”

In Scotland for instance, schools have been told to provide adequate hand washing and sanitising facilities and to ensure they are properly used. There will also be enhanced ventilation and cleaning. Class sizes will be changed and many schools are staggering drop-off and pick-up times to keep social distancing at a maximum.

Also, health authorities say pupils should be kept in consistent groups, as a class or year group. This will go some way to ensure that should an outbreak occur it would be easier to track it down.

Pupils are encouraged to eat lunch in their classroom rather than the canteen and are also staggering break times. Schools are also urged to use outdoor spaces as much as possible, however, music and singing “should be avoided during the initial return to school.”

It was Italy and Spain that used a more cautious approach by reopening schools in September, many experts believe ALL students and teachers should be tested BEFORE they attend school – something no country has yet implemented.