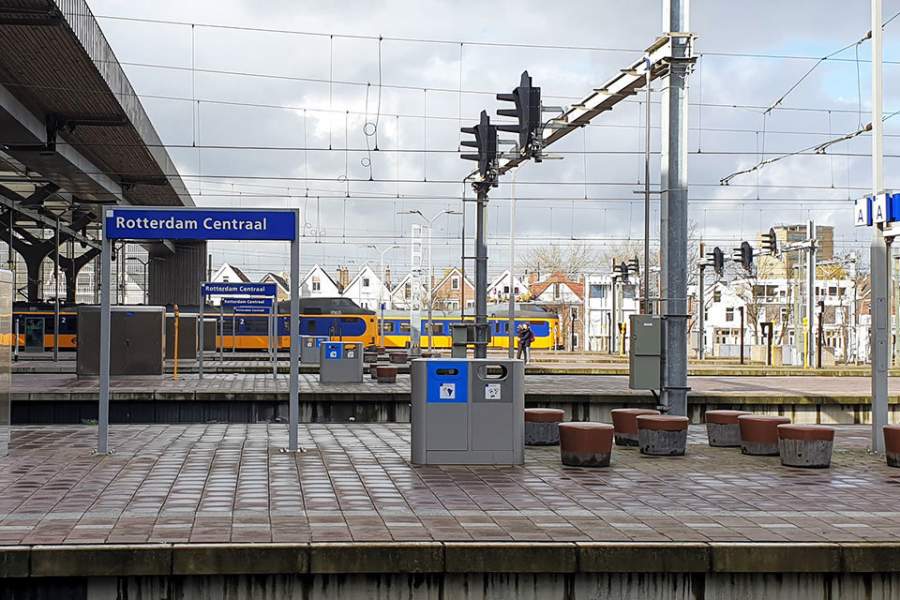 UK Transport Secretary Grant Shapps has told British tourists stuck in Malta and the Netherlands “don’t just turn up” in a bid to get back home.

Shapps said travellers returning from those countries – as well as Monaco, the Turks and Caicos Islands and Aruba – must now self-isolate for 14 days on arrival in the UK as will arrivals from France from 4.00am Saturday. This has caused airline prices to sky-rocket due to the spike in demand as the deadline to return to the UK draws closer.

The Transport Secretary advised Britons in the affected countries to contact their travel operators before trying to get back to the UK.

“The advice from all the travel operators is very clear: to contact them in advance. Don’t just turn up, because you’ll almost certainly be disappointed and it will just create queues, which no one wants to see.” Mr Shapps went on to say that Britons should not be “entirely surprised” that quarantine restrictions have had to be reimposed.

Amsterdam, the Dutch capital, is the main attraction in the Netherlands. The country’s beaches and canal network are very popular with UK families. It is estimated that as from today there around 50,000 British holidaymakers, including some business travellers who are stranded in the Netherlands.

“Over the coming days, Malta will ask passengers arriving from high-risk destinations to present a certificate proving they had tested negative for Covid-19 at least 48 hours before their arrival to the island. If they don’t present this certificate, they could be made to undergo a swab test and if they refuse, they will be forced to go into quarantine.”

It is estimated there are currently 20,000 British holidaymakers and businessmen in Malta.

Scotland’s First Minister, Nicola Sturgeon confirmed the changes last night and wrote: “Due to increased #Covid concern, @scotgov intends to remove the countries below from the quarantine ‘exempt’ list. As of 4.00am Saturday, you will need to quarantine for 14 days if you arrive in Scotland from these countries.” image: Nicola Sturgeon- Twitter. 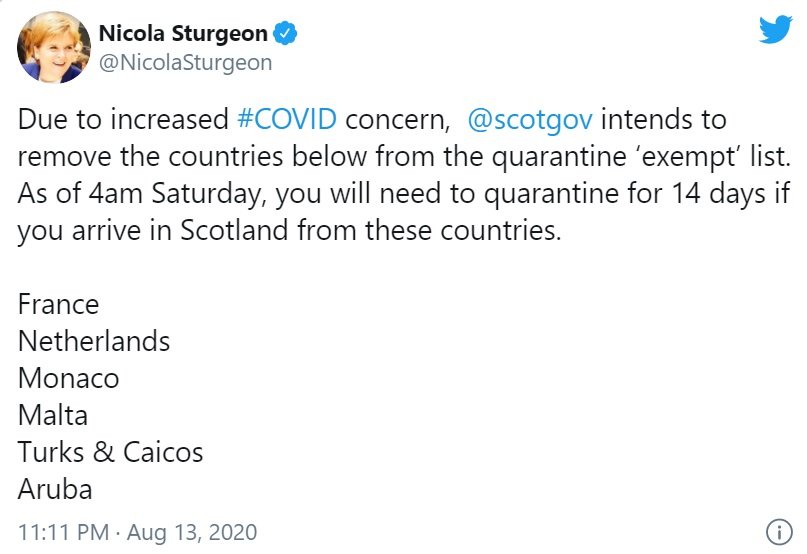