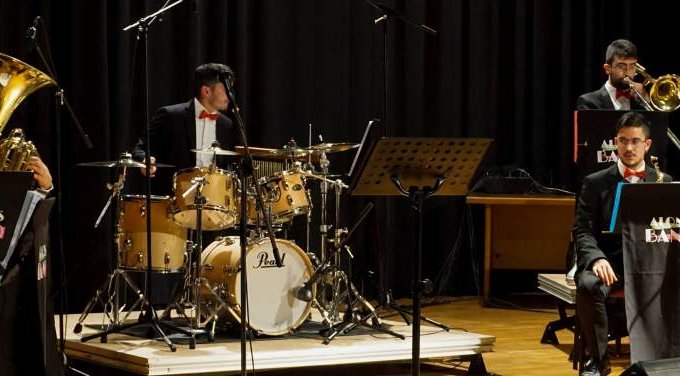 ALONIS BAND’S jazz will revive the golden age of big bands on Friday, August 21, at the Auditori de la Barbera dels Aragonés in Villajoyosa.
THE band will liven up the evening with a combination of musical styles, including jazz, funk, classical and swing.
Organised by the council’s Department of Culture, the musical show ‘Night of Jazz and Swing’ starts at 9pm.
The Alonis Band, originally from Villayosa, is made up of seven professional musicians and members of the La Vila Musical Athenaeum Society, with the aim of playing ambient music, paying tribute to the golden age of American big bands.
The group’s stylistic repertoire consists of numerous arrangements, all adapted and arranged by the members of the group, dedicated to jazz music, which fluctuates in fusions such as Latin jazz, funk music, the most classical standards, dixieland themes, and of course, swing.
Alonis Band’s rhythm section features Ferran Llinares’ electric bass, Efrén Sánchez’s piano, and Pau Buforn on drums. In the wind section, there’s Pere Tort on trumpet, Vicent Lloret on trombone, Daniel Zaragoza on clarinet, and Jaume Soriano on saxophone.
Complying with hygiene and safety measures, the show will be held outdoors, keeping a safe distance and with limited seating. Tickets for ‘Nit de Jazz i Swing’ are free and can be booked in advance by calling 965 894 250, by whatsapp at 680 557 370 or by emailing [email protected]